Magic Johnson Loves Son EJ Out Loud, Says He ‘Changed’ Him For the Better After Coming Out 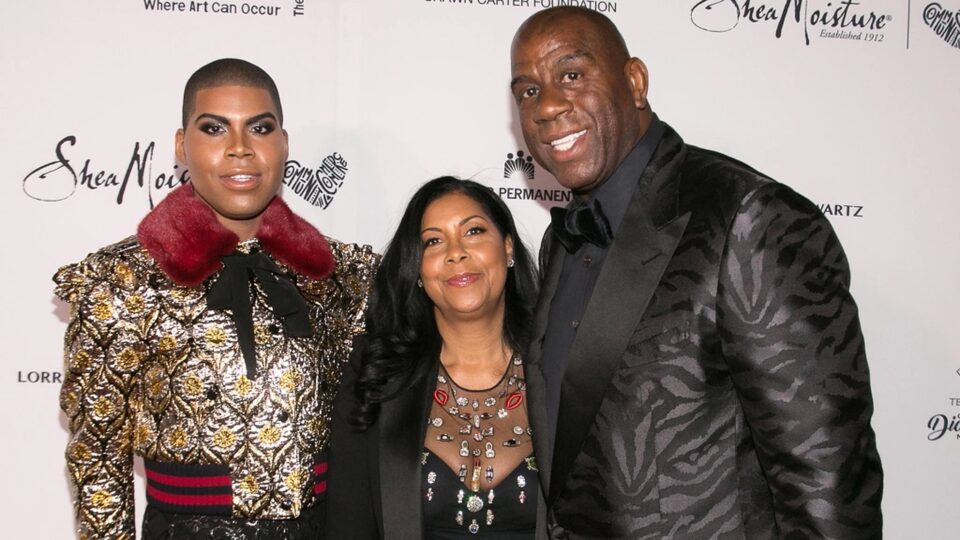 As NBA legend Magic Johnson gears up for the April 22 release of his new Apple TV+ docuseries, They Call Me Magic, he opened up about his relationship and acceptance of his gay son, Earvin “EJ” Johnson III.

In a recent interview with Variety, Magic praises his son’s courage for coming out and living his life unapologetically, sharing that EJ changed him for the better.

However, things weren’t always rainbows and butterflies for the basketball Hall of Famer and his second-born when initially coming to terms with his sexuality.

“I was out to all my friends,” says EJ, 29. “[My parents] were the last people that I really had to talk to about it. It wasn’t new for me, but they had to really take that in and digest it. Especially my dad, because he was really the last person to talk to. I think it was just a lot for him to swallow in that conversation. A lot of just going back and forth.”

Magic revealed that his wife Cookie convinced him to listen and see their son for who he truly was, following tension in their home before EJ went off for college at NYU.

“I had to accept who he was and who he wanted to be. He actually helped me get there. Because he was so proud. Cookie said, ‘Look in the mirror.’ I said, ‘You’re right.’ Because I’m proud of who I am. And he got it from me,” said the five-time NBA champion.

“He changed me,” Magic continued. “He was so proud. This dude here is just so proud of who he is.”

Although there was support, there was also backlash.

“You get the other side, too,” Magic said. “A lot of people don’t love that I love my son.”

The couple recalled their son being outed by TMZ in 2013 after publicizing pictures of EJ holding hands with his partner at the time, forcing him to come out publicly. Since then, Magic and Cookie have been advocates for the LGBTQ+ community and those struggling with HIV/AIDS.

Cookie shared, “I remember a young man came up and said to me one day, ‘I really want to thank you and your husband for what you’re doing. I’m gay, but I didn’t want to tell my parents. When I went away to college, I got [HIV]. But with you guys talking about this, bringing it to everyone’s attention, it’s made me feel I’m gonna be okay, and I’m going to fight harder.’”