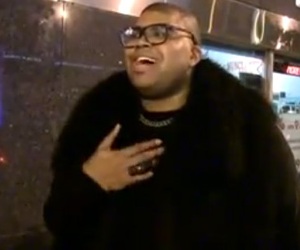 Magic Johnson opened up candidly on his son, Earvin “EJ” Johnson III, coming out as gay and expressed his support during an interview with TMZ.

Johnson said that he knew his son was gay before EJ told him which caused him to sit him down for “the talk” when he was 13.

“I told him, ‘Hey, we are here to support you, man.Â We are gonna love you no matter who you are, what you do. We just want you to love yourself and also make sure that you have all the information,'” he said.Â “And that’s what I wanted to give him. Just provide him with advice and guidance.”

Johnson added that it was difficult for his son to come out to people outside the family considering the pressure of being the son of a basketball legend.