MLS Commemorates Juneteenth With Freedom To Be Jerseys 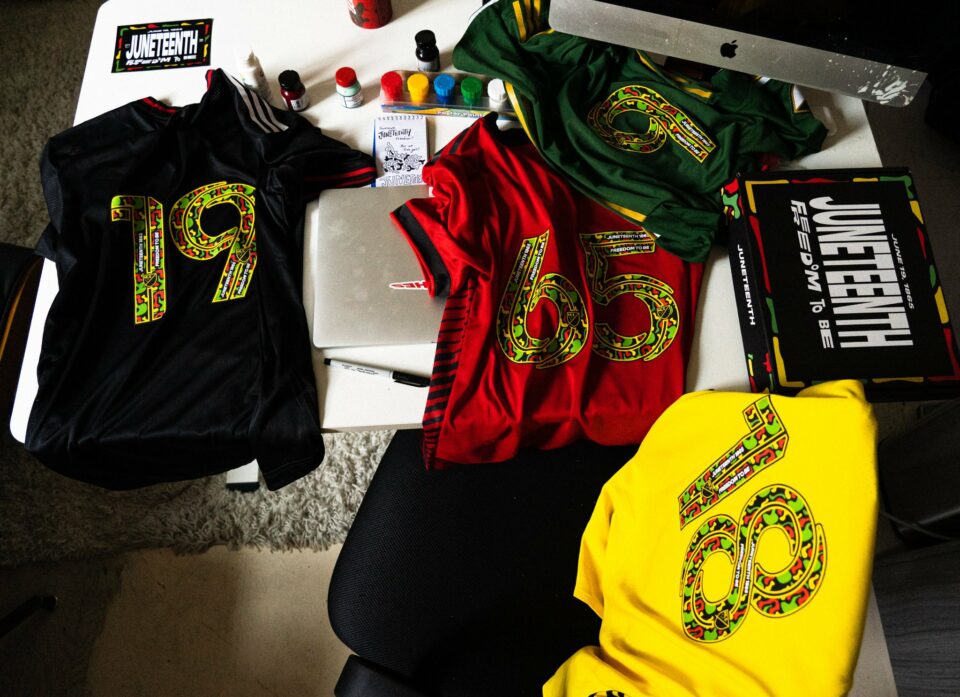 Major League Soccer (MLS) is commemorating Juneteenth with a series of jerseys every team will wear during games this weekend.

According to an MLS release, the effort is a collaboration between the league’s 28 clubs and Black Players for Change (BPC), an independent organization of Black MLS players, coaches, and staff working to bridge the racial equality gap in soccer.

The “Freedom To Be” jerseys and their Juneteenth-inspired numbers were designed by Judah Middleton, a Black queer artist from Childersburg, Alabama. Middleton used vibrant yellow, green, and red color palettes to represent the prosperity of Black Americans and people across the world.

“I am so excited to have the opportunity to create a design to celebrate the beauty and resilience of what Juneteenth represents,” Middleton said in the release. “The freedom to express what it means to me as a Black queer woman was liberating and I look forward to partnering with MLS and Black Players For Change to share this with the world.”

The jersey numbers and their packaging illustrate the importance and history of Juneteenth. Additionally, the jerseys reinforce the notion of “Freedom To Be” emphasizing the inherent freedom for everyone to be their true selves in all aspects of life. Featured in the packaging is the poem “Freedom,” written by award-winning author, poet and activist Langston Hughes in 1949 when racism and segregation was rampant in the U.S.

The jerseys worn by MLS players over the weekend can be acquired through an online auction between June 20 and July 6. Proceeds from the auction will benefit a litany of organizations benefiting, supporting, and uplifting Black communities in the markets of MLS clubs.

MLS will also donate to 100 Black Men of America and the National Coalition of 100 Black women, which the MLS partnered with in 2020, that focus on promoting mentorship, leadership development, and gender equity in areas of health, education, and economic empowerment for Black men, women, boys, and girls.

“We are all born with an inalienable right to be free, to live a life of value, self-expression, and dignity,” said Sola Winley, executive vice president, Commissioner’s Office, and chief diversity, equity and inclusion officer for MLS. “Juneteenth is a special moment for Major League Soccer to honor this truth and to celebrate and commemorate the significant contributions and sacrifices of Black Americans to our nation’s culture, commerce, and community.”