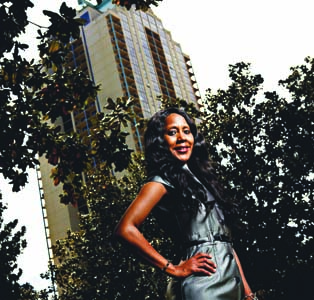 Kimberly Whitehead was just a week shy of seeing her foreclosed one-bedroom condominium in Atlanta auctioned off when she received a modification on her mortgage. It had been a tedious 18-month process entailing lots of phone calls, paperwork, and four previous denials for Whitehead, 41, who also had to take some proactive steps to eliminate some of her debts with the aid of a HUD-certified agency, CredAbility.

Whitehead was approved through the federal Home Affordable Modification Program, or HAMP. Under the terms of the modification, her monthly mortgage payment was reduced from approximately $1,000 to $700, and her adjustable rate mortgage of 7% was converted to a 30-year fixed rate at 3.8%. In addition, her servicer, Wells Fargo, reduced the principal by $31,000, which included $14,000 in arrears, bringing her mortgage to $125,000. Although she paid $154,000 for her condo in 2005, it’s now worth only about $60,000.

Whitehead fell behind on her mortgage when her dream to become a doctor was delayed after a series of events including a breast cancer diagnosis. “I was in medical school when I bought my house,â€ she says. “I was approved for a no-doc mortgage by the loan officer with the understanding that once I became a doctor I would be able to afford the mortgage.â€ Whitehead graduated from medical school in 2006, but without a medical license her various part-time jobs generate $30,000 a year.

Like Whitehead, roughly 58% of homeowners facing foreclosure and seeking counseling services from the National Foreclosure Mitigation Counseling Program report that the primary reason is unemployment or underemployment. Many are also trapped with homes that are underwater, properties that have dropped in value leaving them with negative equity. Various options are available to struggling homeowners, such as forbearance, refinancing, and loan modification, says Mechel Glass, director of education at CredAbility.

The Atlanta-based nonprofit credit and debt counseling agency also participates with the congressionally funded NFMC (http://findaforeclosurecounselor.org). More than 1.2 million homeowners have received counseling through NFMC counselors, with many clients receiving modified loan payments that were reduced by as much as $500 a month.