Making the Most of Job Seeking on Social Networks 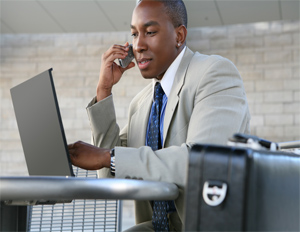 In this day and age, the world of social networking has infiltrated almost every industry, from film and television to government and manufacturing. The same has become true for those in human resources, recruitment and job placement. Aside from using social networking to advertise career opportunities, HR professionals now rely heavily on sites such as Linkedin, Facebook, and Twitter to search for and weed out potential candidates. “Social media tools have essentially opened up a new world for HR Professionals, in particular around attracting and recruiting globally,” says Tyese Battle, human resources manager for a Fortune 100 company. “Progressive HR leadersÂ are includingÂ LinkedIn and Twitter, among other sites, in their plansÂ toÂ get the word out about critical jobs, andÂ creating controlled communicationsÂ intended toÂ increase brand and internalÂ company cultureÂ awareness.”

Here are a couple of tips on how to establish and maintain a worthwhile presence in social networking:

Social networking can be both a blessing and a curse when it comes to job search.Â  Since so many recruiters and hiring managers seek out prospective employees on sites such as Facebook and Twitter, your status updates or tweets can either make you or break you.

Usage of profanity, expressions of negative character, and display of behavior which is contradictory to the person they interviewed can raise an immediate red flag for employers and result in missed opportunities for job seekers, even if it has nothing to do with their qualifications for the desired position.Â  On the contrary, posts which display your social consciousness, alignment with the company’s culture, industry expertise, or just your positive personality are much more attractive to employers and less likely to discredit you.

If you’re in the market for a new career opportunity, it’s extremely important that you are conscious about what you post, not only on your profiles, but on the profiles of friends, family members, and colleagues.Â  It isn’t enough to change your settings to “private.â€Â  The reality is that nothing is really private in the world of social networking.Â  Everything can be forwarded, copied, and retrieved in one way or another.Â  The six degrees of separation on earth becomes more like two degrees in social networking.

Sites such as LinkedIn and Brazen Careerist are designed specifically to create a forum for job seekers to connect and network with potential employers.Â  However, these sites aren’t really effective if you don’t maintain a constant presence in the site’s community.Â  It’s all about consistency.Â  Many professionals have made contacts, secured interviews, and landed jobs just due to their strategic presence and navigation on social networking sites.

Recent college graduate, Deandra Francis, knows a little something about making the most of social networking to find career opportunities. She has mastered the art of connecting with professionals in her desired industry of fashion and e-commerce.Â  “A couple of weeks ago, I sent a request to add an HR recruiter for a national retailer on LinkedIn.Â  Ten minutes later he sent a message back asking if I was looking for work, because there was a position open. Three weeks later, I had an offer letter in my inbox.â€ Francis says LinkedIn has become an excellent tool because it has allowed her to establish lasting relationships with seasoned professionals in her field. “I sent requests and messages to former employees at companies I was applying to just so I could get more insight on the pros and cons of employers.â€Â  As she builds her resume, Francis is confident that LinkedIn will continue to be a very powerful tool in closing the deal on her dream career opportunity.

Once today’s professionals realize the importance of social networking in job search, the possibilities for success are endless.Â  A simple search engine inquiry can determine the future of your career.Â  So, tweet, post, and update your status with caution.Â  The results could land you that dream job or leave you in the unemployment line.