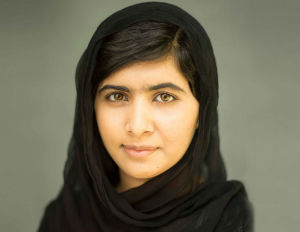 Nobel Laureate, Malala Yousafzai, appeared on the June 18, 2015 edition of “The Daily Show;” the first episode to air after the Charleston, SC shooting. Although Yousafzia was there to promote her new documentary, “He Named Me Malala”. Upworthy reports that her overall message was extremely fitting, in relation to her life experiences and the current turmoil here in the U.S.

In 2012, the 18-year-old child activist survived an assassination attempt by the Taliban. On October 9, 2012, a gunman shot Malala when she was traveling home from school. She survived, and has continued to speak out on the importance of education, and women’s rights. In 2014, Yousafzai became the youngest person to receive the Nobel Peace Prize.

[Below: Listen to what Malala had to say in a two-part video]

Continue on the next page for part two…