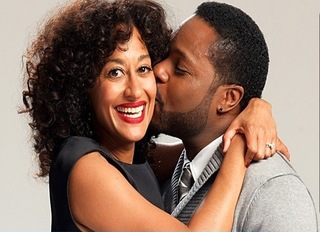 Malcolm Jamal Warner sat down with Ebony.com to talk about the new season of his show on BET, “Reed Between the Lines,” without his co-star and on-screen wife Tracee Ellis Ross.

The two primetime television veterans started the new show last year with the premise of a loving black couple raising their two children. Black, educated, two-parent family love was oozing from the screen, but Ellis-Ross left to pursue another career opportunity so now Warner is left to take on the show solo as a single dad.

Will fans accept the show with such a big change? Warner thinks it can work.

“Last season was about this couple who love each other and their family. This year is about a cat who thought he had the perfect marriage and the perfect family and all of a sudden finds himself a single dad trying to pick up the pieces and figure out, wow, what happened?,” Warner told Ebony.com.

Will you be tuning in?