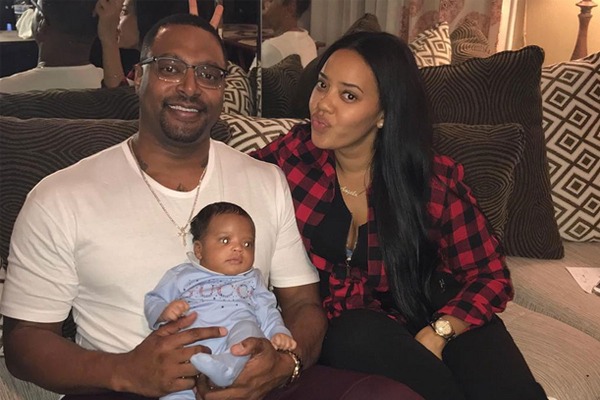 On Friday, Angela Simmons gave an emotional speech in court before the man convicted of killing her ex-fiance was sentenced to life in prison.

Michael Williams was sentenced to life in prison for murdering Sutton Tennyson, TMZ reports. Williams was also hit with an additional 15 years for possession of a firearm by a convicted felon.

Simmons shed tears while sharing how her son, Sutton Jr., still asks her when his father will come home. The entrepreneur and reality star spoke of the difficulties of raising her son alone while recalling how excited Sutton Sr. was about raising their son.

Tennyson was murdered inside of his driveway in 2018 following a heated exchange with Williams. Police found Tennyson dead in his garage with multiple gunshot wounds.

Williams turned himself in days later and was charged with eight counts, including murder, aggravated assault with a deadly weapon, and possession of a firearm. At the time, police claimed that Williams killed Tennyson and “sped from the scene in a car.”

Tennyson was 37 years old at the time of his murder, People reports. Simmons took to Instagram to honor her son’s father following the sentence.

“We got you. Justice served today,” she captioned a photo of Sutton holding up their son.

“Justice served today! We got you ! We got him 🙏🏽💪🏽,” she captioned a throwback family photo from Sutton’s first birthday.

Another throwback photo showed Tennyson kissing Simmon’s baby bump. “We got you,” she captioned the heartfelt post.

“Thank you for leaving behind my greatest gift,” Simmons captioned a series of family photos.

“I’m hurting. I’m numb. Thank you for the out pouring [sic] of love everyone,” she continued, adding that she couldn’t “believe I’m even saying Rest in Peace Sutton.”

Angela Simmons is the daughter of legendary hip-hop icon Joseph Ward Simmons, a.k.a Run of the group Run-DMC.