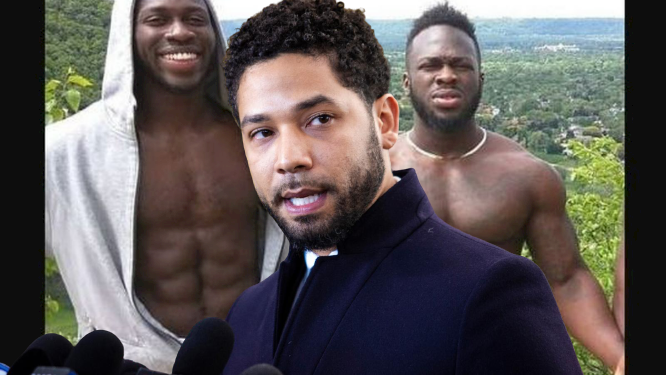 One of the two brothers who claim actor Jussie Smollett paid them to set up a fake attack on him, testified Wednesday, saying the actor wanted him “to fake beat him up.”

Abel Osundairo spoke about his own acting career on the stand, working as an extra and how he met Smollett while appearing frequently on the show Empire. Osundairo added Smollett and the two brothers had a discussion of who would punch the actor.

When prosecutors asked the brother why he went through with the plan, Osundairo said he felt he owed the Empire actor because Smollett got him a stand-in role on the show and he thought the actor could do more for his career.

Smollett, who is openly gay, told police he was attacked by two masked men who yelled racial and homphobic slurs in January 2019. The Empire actor said the men put a noose around his neck and poured a chemical on him.

Osundairo and his brother Ola, who are Black, were initially detained and suspected of carrying out the attack. However, the brothers eventually told police that Smollett coordinated the attack and provided the money for them to buy ski masks, rope and red hats to appear to be Donald Trump supporters.

Prosecutors have charged Smollett with six counts of disorderly conduct and is accused of lying to police about the 2019 incident alleging he paid the brothers $3,500 to stage the attack. Smollett has denied paying the two men.

Murray testified that Smollett’s injuries were minor and that the actor refused to turn over his cell phone records after reporting that he received a threatening phone call before the incident. The detective also said Smollett declined to turn over medical records or have a swab of his DNA take to match to the rope.

Smollett’s lawyers insisted the attack was put together by the brothers and Chicago police blamed the attack on the actor in a rush to judgment.

Detective Michael Theis, the lead investigator in the case, also took the stand disputing Smollett’s defense. Theis said because of Smollett’s fame at the time, more than 20 officers investigated the crime the actor reported for over 3,000 hours. Theis added Chicago police reviewed more than 1,500 hours of surveillance video concerning the case.