Paul Judge: The Man Who Wants to Disrupt Your Download

Luma is a new startup that launched in June 2016. The company makes a cutting-edge Wi-Fi router to combat the issue of wireless “dead zones”–using several smaller routers around a home to create what’s known as a mesh network to provide whole-home Wi-Fi coverage. Luma was founded by Paul Judge and Mike Van Bruinisse

Judge and Van Bruinisse are networking experts who worked together for almost two decades. Judge is a serial entrepreneur, investor, and scholar, who holds a B.S. in Computer Science from Morehouse College and received his Ph.D. and M.S. in Network Security from Georgia Tech.

Judge’s career moved from the technical world to the entrepreneurial. He was involved in research at some of the most prestigious cybersecurity companies including CipherTrust and Barracuda Networks. He is so respected in the security field that he has been invited as a speaker at the RSA Conference–the annual cybersecurity industry event.

The move to entrepreneurship was clearly the next step after achieving much success in the tech industry. After launching his own investment firm, Judge Ventures, and funding several startups, he cofounded his own, LookLive–a shopping app for men–which reached over $120,000 monthly gross merchandise volume in 2016.

Luma, which is Judge’s latest company, is a new type of startup for Judge because it’s hardware-based. His prior companies, LookLive and Pindrop Security are software solutions. Judge also currently serves as executive chairman at Pindrop.

It’s a riskier venture as well because there are established wireless router companies who have been around for decades. TP-Link, Asus, and Netgear have the largest share of this market, as well as millions of dollars to sink into R&D.

Still, Silicon Valley is showing confidence in Luma. After an undisclosed seed round of funding to get the product to market, Amazon invested $12.5 million in Series A funding to Luma. The funding was provided through Amazon’s Alexa Fund and it’s evident that Amazon sees Luma part of its Echo device strategy and in-home automation.

To create an automated home, “it needs to be connected,” says Judge. “And Wi-Fi is actually a foundation. Wi-Fi is a thing that brings that connected toothbrush and allows it to get on the internet, or the connected luggage or whatever you’re into.”

For Judge, Amazon, and other industry experts,  the key to getting consumers to buy connected devices like the Amazon Echo, is reliable Wi-Fi.

“It comes back to having good Wi-Fi and if you don’t, then that thing doesn’t work. Or what we’re seeing with a lot of connected devices people buy, say, a connected sprinkler system or a connected hot water heater or doorbell, and that’s the four ends of your home. And you don’t have Wi-Fi coverage there,” explains Judge.

“So consumers think those devices don’t work, they end up returning them to the store, but really the problem is you don’t have enough adequate Wi-Fi coverage to really build a base of a connected home.”

“You wouldn’t buy one speaker and try and turn it up very loudly to cover your house in sound; what you do is get a couple of little speakers and put them around your home. When we built Luma we used that approach many call mesh networking to allow you to have that better coverage.” 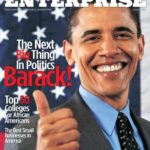