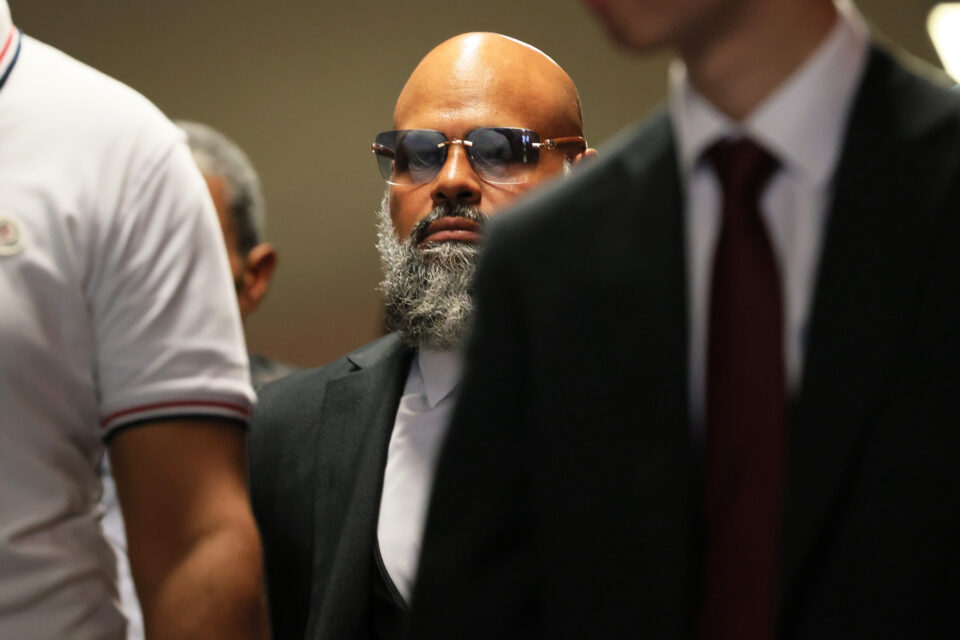 NEW YORK, NEW YORK - JULY 25: Steven Lopez arrives for court proceedings related to the Central Park jogger case at New York State Supreme Court on July 25, 2022 in New York City. Lopez's guilty plea was vacated and indictment dismissed today after a petition by DA Alvin Bragg and Lopez's lawyer Eric Renfroe. Lopez, now 48-years-old, was 15 at the time of the attack. He will be the sixth teenager charged in the Central Park jogger case to be exonerated. The original "Central Park Five", Korey Wise, Kevin Richardson, Raymond Santana, Antron McCray and Yusef Salaam were charged with raping a female jogger in Central Park in 1989, but were finally exonerated in 2002 after the actual assailant in the case was found. (Photo by Michael M. Santiago/Getty Images)

Steven Lopez was an overlooked co-defendant in the Central Park Jogger case, where a group of Black and Hispanic teens was convicted in 1989 for the brutal rape of a jogger named Trisha Meili.

According to the Manhattan District Attorney’s office, the New York Times reports that his conviction was overturned on Monday.

Lopez, now 48, was 15 years old when indicted for the attack on Meili and the robbery of a man jogging in the park. Lopez entered a guilty plea to the theft based on a motion filed by Manhattan District Attorney Alvin Bragg, CNN reports.

Lopez spent close to four years in prison, said his attorney, Eric Shapiro Renfroe, and was released in the early 1990s.

Bragg presented pertinent reasons why the court should vacate Lopez’s conviction. According to CNN, he contended that there was no physical evidence linking Lopez to either the rape or the robbery that occurred that night, and the statements given by the other teens blaming Lopez have been recanted.

“All of the factors taken together — as set forth in our motion papers — show what the people believe are unique circumstances, combined with Mr. Lopez’s youth, made his plea involuntary — and therefore unconstitutional,” Bragg said. “A conviction based on an unconstitutional plea cannot stand.”

District Attorney Bragg presented to a judge on Monday Lopez’s case and argued that at the time, he pleaded guilty involuntarily “in the face of false statements” from “immense external pressure,” according to NPR.

During the hearing, the defense attorney said to his client: “I believe what happened to you was a profound injustice and an American tragedy … I’m happy to be here today with DA [District Attorney] Bragg so we can give you your name back.”

Meili was 28 years old at the time of her assault and worked as an investment banker. She suffered severe injuries and was in a coma for 12 days. On the night of her attack, other people were also attacked by a group of young boys. Five teenagers were convicted for Meili’s attack and served prison sentences that ranged from six to 13 years. However, their convictions were overturned in 2002 after evidence revealed a convicted serial rapist and murderer, Matias Reyes, was linked to the assault. According to NPR, Reyes confessed to investigators that he was solely responsible for Meili’s assault.

Prosecutors reviewed the teenagers’ confessions and determined the interrogations were erroneous, according to CNN.

“A comparison of the statements reveals troubling discrepancies,” as documented in court papers at the time.

“The accounts given by the five defendants differed from one another on the specific details of virtually every major aspect of the crime.”

The other members of Central Park Five were exonerated in 2002, and Lopez’s conviction was thrown out around 2:00 p.m. Monday — 20 years later.

“Mr. Lopez, I wish you peace and healing,” said Judge Ellen Biben. With tears streaming down his face, Lopez said, “Thank you,” before he shook hands with his attorney, the DA, and left the courtroom.