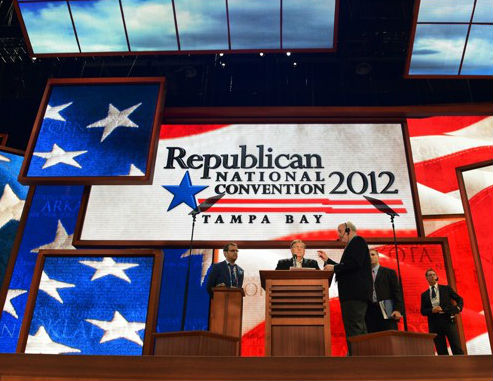 Sixty-one percent of small business owners said they plan to watch coverage of the Republican and Democratic Conventions, according to a survey conducted by Sage North America.

The survey results imply that small business owners are very much concerned about the political impact of government policies on their businesses. With a clear contrast between President Barack Obama and Republican candidate Mitt Romney, who will be elected as President in November and the policies they support will play a critical role in the prosperity of small businesses.

The survey, Small Business Sentiment Survey: Summer 2012, polled 293 small business owners on a range of topics including their opinions on the Affordable Care Act and their level of optimism amid the current economic climate. Of those surveyed, 96 percent said they will be voting in November,Â  55 percent of whom identified themselves as Republican or Democrat. When it comes to the political issues of 2012, 70 percent said they believed taxes will have a significant impact on their businesses, while 63 percent said the same for the country’s national deficit.

The most significant result from the survey is small business owners’ outlook on employment. Forty-six percent of them said they are putting off business decisions until after the presidential election. Of those owners, 75 percent said one of those decisions is hiring.

See more of the survey at Sage.