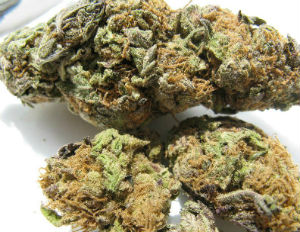 This January, Colorado sawÂ Marijuana sales leap to a record high—no pun intended. According to The Cannabist, “around $36.4 million of recreational marijuana was sold this January, compared with about $14.69 million sold the same month last year.”

The jump in sales resulted in an excise tax of about $2.35 million. State officials have declared that the taxes will be designated for Colorado’s public school system.

From December 2014 to January 2015, the tax soared about 21 percent from approximately $1.97 million to $2.35 million. Last year, Colorado gained “about $44 million in revenue from voter-approved special marijuana taxes,” less than the expected $70 million.

Mason Tvert, Director of Communications for Marijuana Policy Project, told the source, “This is really what we expected and hope to see: a shift in the underground market to a regulated market.” He emphasized the legalization is making “significant” revenue for the state.

The legalization advocate said that “The real benefit of these laws is that it’s taking marijuana sales out of the underground market and ensuring the product is controlled.”

Tvert does point out, however, that because most cannabis shops didn’t open until later in 2014, measuring current sales to last January’s may not be the most accurate comparison. He predicts that moving forward, the revenue will only swell, shifting with the flow of tourists.

What are your thoughts on marijuana taxes being used to better the school system? Share with us below, or on Twitter, @BlackEnterprise, using the hashtag #SoundOff.