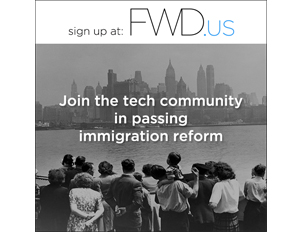 Pronounced “forward us,â€ the new organization is calling for the federal government to change the current immigration policy, especially if the United States wants to advance economically. The 28-year-old Harvard dropout is urging the government to offer hard working, skilled immigrants citizenship.

In the Washington Post piece, Zuckerberg highlights his experience teaching an entrepreneurship-focused program to middle schoolers and how one of the “top aspiring entrepreneursâ€ was unsure he’d be able to attend college because he’s an undocumented immigrant. The tech titan then referenced the immigration policy that existed when his great-grandparents came to the states via Ellis Island.

As the grandson of a mailman and police officer, Zuckerberg and his family were able to benefit from a “welcoming immigration policy,â€ and a great education.

“Today’s students should have the same opportunities – but our current system blocks themâ€ said Zuckerberg.

“As leaders of an industry that has benefited from this economic shift, we believe that we have a responsibility to work together to ensure that all members of our society gain from the rewards of the modern knowledge economyâ€ Zuckerberg wrote.

To read his entire article, visit the Washington Post…