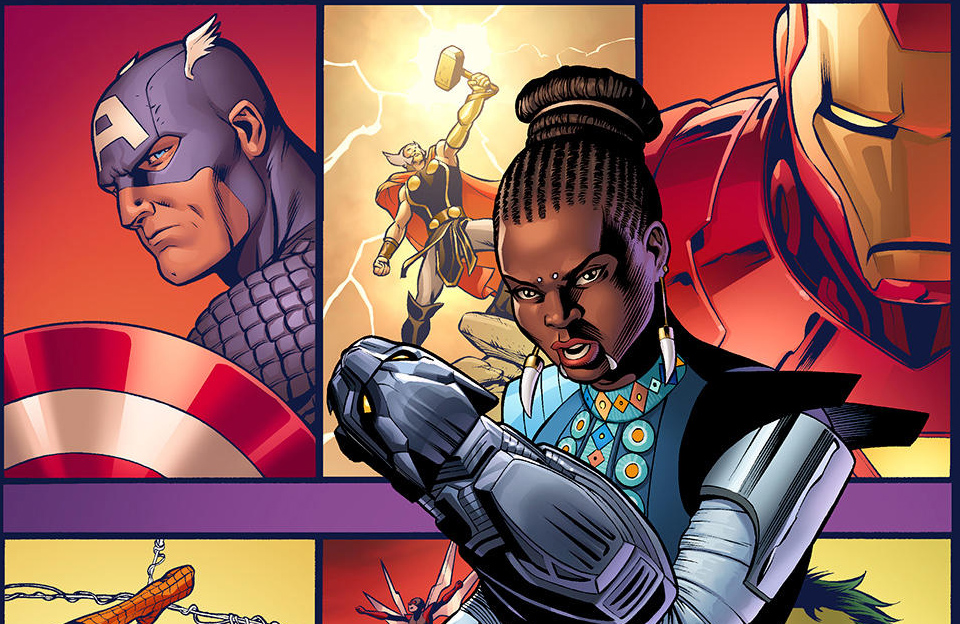 Everyone’s favorite Wakandan nerd Shuri will grace the pages of her own comic book. In a press release, Marvel revealed that the comic book based on the Black Panther character will launch in October.

The Shuri comic book will be crafted by a team of well-known and established creatives. They include Nnedi Okorafor, a Nigerian-American award-winning writer who has penned several science-fiction and fantasy books; and Leonardo Romero, an award-winning artist whose work can currently been seen in the Marvel comic book, Immortal Hulk. Okorafor has written previously for comics—her work appears in Marvel’s digital comic book Black Panther: Long Live the King.

The premise of the comic book “will bring a domestic conflict to the princess’s table—while she is the most at home in her lab, working to keep her country at the forefront of science and technology, Wakanda is missing its leader. Without T’Challa around, Shuri will have to decide if she will forego her own passions in order to stand up for her nation,” according to the press release.

The residual effects of the Black Panther film still linger. The movie, which opened on Feb. 16, 2018, is set to earn $700 million, domestically, according to Forbes. Black Panther director Ryan Coogler’s career has skyrocketed. He is currently working on the highly anticipated Creed II starring his frequent movie-making partner, Michael B. Jordan.

In an emailed statement to Bustle, Okorafor stated, “[Shuri is] an African young woman of genius level intelligence who is obsessed with technology and has traveled spiritually so far into the past that she’s seen Wakanda before it was Wakanda. The Ancestors call her Ancient Future. And she’s super ambitious. What do I love about her? Alllll that and more. She’s a character in the Marvel Universe who really sings to me.”