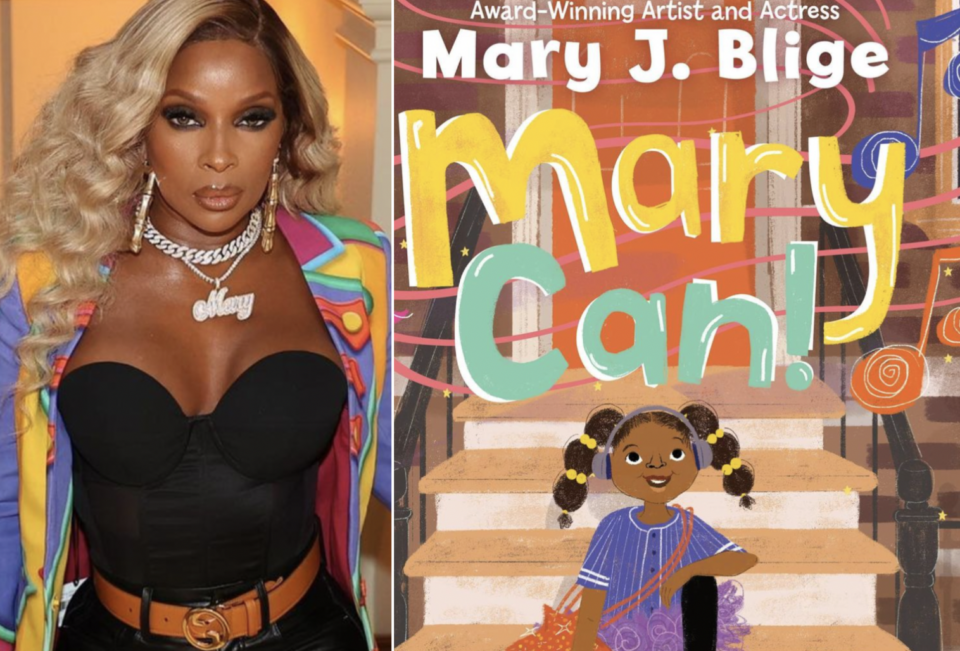 Mary J. Blige continues to prove naysayers wrong who thought her dreams were too big and far out of reach.

According to People, Blige’s book follows an inspirational story of a young girl chasing her dreams, proving that they can come true for anyone as long as they believe in themselves.

“I want kids to know that there are no limits to what they can accomplish,” Blige told the outlet about the book. “My wish is for my nieces and nephews to feel they can achieve anything they imagine.”

“Growing up, I was constantly told that my dreams were too big, too bold, and too far out of reach. I think we need to reinforce that nothing is impossible.”

The picture book, published by HarperCollins Publishers, is also a collaboration with Ashleigh Corrin, an Ezra Jack Keats Award-winning illustrator.

“From start to finish, this book has been my own dream—starting from just the idea to partnering with Ashleigh Corrin and Harper Collins, who helped bring Mary Can! to life, to seeing the final and finished book–I couldn’t be more excited to share this with the younger generation,” Blige said.

Corrin described the project as a “dream to illustrate.”

“My hope has always been to contribute to stories of vulnerability and honesty, and Mary has been just that for the many people she has touched with her music and life story,” Corrin said in a statement.

“She has given herself to generations and now today’s youth get to be touched by her courage and strength.”

“I want children to feel that they can do anything they set their mind and heart to,” she continued. “The story of Mary Can! aligns perfectly with this hope of mine, and I’m just so proud and honored I was able to be a part of this project and serve her positive message in this way.”