Thirteen-year-old Nicholas Jackson made history after becoming the new 2020 Junior Bull Riding Champion at the Junior World Bull Riding Finals in Texas. The win makes the teenager the first champion from the state of Maryland and the Northeast region. Jackson comes from a long line of cowboys on his mother’s side of the family.

“The first time I ever did it, it was a whole mix of different things. I was excited, I was a little scared but not too much,” Nicholas told Fox 5 DC.  “In bull riding, you have to stay on for eight seconds, and within that eight seconds, you want to stay as controlled as possible without touching the bull with your free arm,”

His father Corey says people are usually shocked to hear the family hails from Maryland as most attribute cowboys with southern culture and he is excited about his son’s historic milestone. “When we travel, folks are surprised to hear that we’re from Maryland. The first thing they say is, ‘Wow, we didn’t know there were any cowboys in Maryland.’ This is the first of many world championships for him,” Corey said in an interview with CBS Baltimore.

“It was an avalanche of emotion. There’s actually a video of me in the back of the bucking shoot cheering him on,” he added. 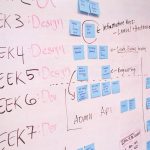 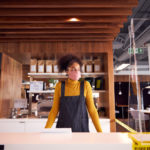