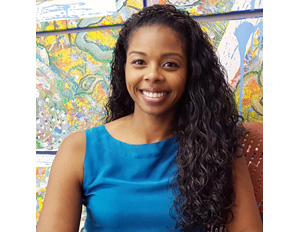 According to Apple CEO, Tim Cook, gaming is the most popular category in the App Store with over half a million games to choose from.Â A single video game can generate billions of dollars, and be consumed globally on computers, mobile devices, and consoles leading to more opportunities for content exposure.

At the same time, game designers have to make sense of a player network that produces massive amounts of data. Are you the consumer who is frustrated with too many choices, or are you part of the corporation trying to use data science to make the right recommendations to its consumers? The vast options in such a saturated market can be overwhelming, and can cause data overload for the consumer. However, with the assistance of data science used by developers, this burden is relieved when well customized recommendations are presented.

Data overload is not a new concept. In fact, this theory has been around as early as the 1970s coined as “information overload.â€ The International Journal of Information Management describes it as the point reached where there is so much information that it becomes no longer effective to use.

As technology has evolved, so too have the way people assess and consume information. Information overload was limited back in the 1970s with radio, print, and television. In the 1990s, the exponential growth of the Internet added another complexity to the ecosystem. In the 2000s, strong growth in mobile has introduced what is now considered one of the key ways consumers’ access new content.

Given the enormous addition this new technology presents, do consumers have so much information, that they are no longer able to make decisions? This is the problem that the gaming industry is currently wrestling with.

At EA, we are attempting to address this concern by building a conversation with our players. We are listening to our consumers to understand behavioral science in games and employing machine learning techniques to minimize cognitive strain, so that gamers become more engaged, connect to others, and enjoy rich, dynamic gameplay.

Last quarter, there were 9.4 million players in the Battlefield franchise. Our goal is to make sure each player is recommended and the right content is tailored for them, while balancing with the player’s ability to discover the game’s design on their own. What we’ve found is that players engage longer, when they feel they have the autonomy to discover content at a rate that is comfortable; hence, no more data overload.