Mayweather-Pacquiao Fight To Cost Up To $7,500 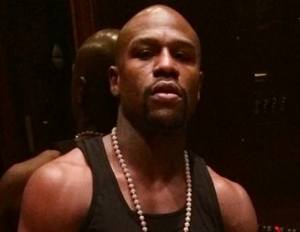 On Wednesday, world champion boxers Floyd Mayweather and Manny Pacquiao appeared together at a press conference to formally announce that they were going to fight on May 2. It’s been a fight in demand for five years. And now that the date is set, it is coming with a high cost.

Yahoo Sports reports that the super fight has a ticket price ranging from $1,500 to $7,500. The tickets have not gone on sale as of yet for the May 2 match, which is being held at the 16,800-seat MGM Grand in Las Vegas.

The arena is already promoting the fight on its web page as “an epic welterweight world championship unification bout,â€ but the “buy ticketsâ€ link is still inactive. Nonetheless, the arena is expected to sell out.

After the fight date was set back in February, TMZ reported that the hotel rooms at the MGM Grand sold out for the night of the fight.

Watch the full video from the Mayweather Press Conference below.