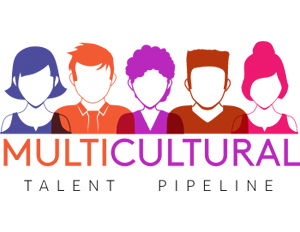 The Modern Face of Advertising, a panel event at the Multicultural Talent Pipeline event presented by brand communications and marketing agency SMG Multicultural, Oracle and the New York Times, hit the bull’s eye. The panelists’ stellar credentials, educational heft, sense of humor, and solid advice made the presentations especially memorable. The fact that it was held at the stunning New York Times building on the city’s west side didn’t hurt either.

[Related: ‘In the Black’ Tour Bringing Business and Career Empowerment to Multicultural Women]

Diversity is on the agenda of the advertising and media sectors, and for good reason. According to the Pew Research Center, whites will become a minority in the U.S. by 2050; there will be no racial majority. Hispanics now make up the nation’s largest minority group. More people are bi- and multiracial and their numbers are growing, Pew reports. The nation is becoming increasingly racially diverse and various business communities are exploring ways to attract, prepare, and retain diverse workers.

The Multicultural Talent Pipeline event, held during New York Ad Week, focused on the media and advertising sectors, neither of which is known for diverse hiring. But that may not be the case for long if events like this continue to be held.

Does your child–or do you–like Dora the Explorer? She was developed because Latinos like Herb Scannell were behind the scenes and knew it was time to change the face of children’s television.

At the “The Latino Perspectiveâ€ panel, it was stated that “the future is millennials and multiculturalism,â€ and that products need to be developed in a way that makes the consumer of color feel cared about and not exploited.

The audience of students–many of whom hailed from HBCUs–was advised to, once hired, bring their whole selves to work, be well-prepared, and establish their credibility. One panelist who majored in history pursued a more quantitative route after graduation. “Get a numbers background,â€ she advised. “That’s what I did when I realized my history degree wasn’t helping me on the job front.â€

One student raised an excellent question: How can you be genuinely Hispanic and not stereotypical? This was certainly an issue potential hires that are black also need to address. Many of the panelists said people of color want to see themselves in the media and in advertising, not stereotypes.