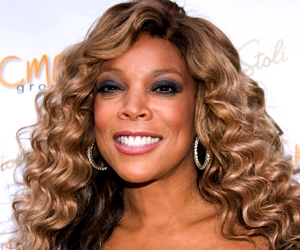 Wendy Williams—the face that some celebrities love to hate, but fans eagerly turn to for the latest pop culture tea—is a media force to be reckoned with. She hit television in 2010 when she aired the first season of The Wendy Williams Show. The show began as a six week preview deal on the Fox Television Station. Premiering at a time when her competition was none other than Oprah Winfrey and Tyra Banks, she remains standing. As of June 4, Debmar-Mercury announced that it renewed Williams’ show through the 201announced 6-17 season.

Speaking about the show’s success, Fox Television Stations senior vice president of programming Frank Cicha said, “Over the last few years, [‘The Wendy Williams Show’ has] evolved into the ideal lead-out to our morning news blocks. Like our news, the show delivers a day/date immediacy that serves as a blueprint for where we want to be the rest of the day.”

Williams’ popularity has been growing significantly in recent years. The self proclaimed “Queen o fAll-Mediaâ€ has seen her ratings spike, the show has doubled its rating in the key women 25-54 demographic on Fox’s WNYW in New York, jumping from a 1.2 rating/9 share during the same period last year to a 2.4/16 this year. It also posted strong gains on Fox’s Los Angeles station and, in particular, WFLD in Chicago, where it surged 139 percent year-to-year. Overall, the show has climbed 43 percent year-to-year in the demo – the only talk show in syndication to post a gain – to a 1.2/8.

She can now also add starring in a Broadway production her rÃ©sumÃ©. Williams announced on her show that she will be starring in Chicago, as Matron Mama Morton, a role made infamous in the film adapted version of the musical by Queen Latifah.

She also opened up her struggle with weight loss in her latest book. Â “I could lie to you and tell you that I’m fine with the way that I am right now, but the fact is my parents have done a number on me,â€ Williams confessed in an interview with theGrio. “And that number will forever have me pinching an inch, checking in the mirror and obsessing over calories for the rest of my life… I’ve been on a diet every single day of my life.â€

Is it safe to go ahead and proclaim the new Oprah of talk TV? Hosting a show with ratings flying through the roof and expanding her brand into Broadway, it is hard to not make comparisons. After a successful run in radio she decided to turn her talents elsewhere and has seen been steadily climbing the power ladder. Whether you’re a fan of Wendy’s antics or gossip, you have to admit that anyone who wants to work as a talk show has to consider her hefty competition, that is worthy of the upmost preparation.