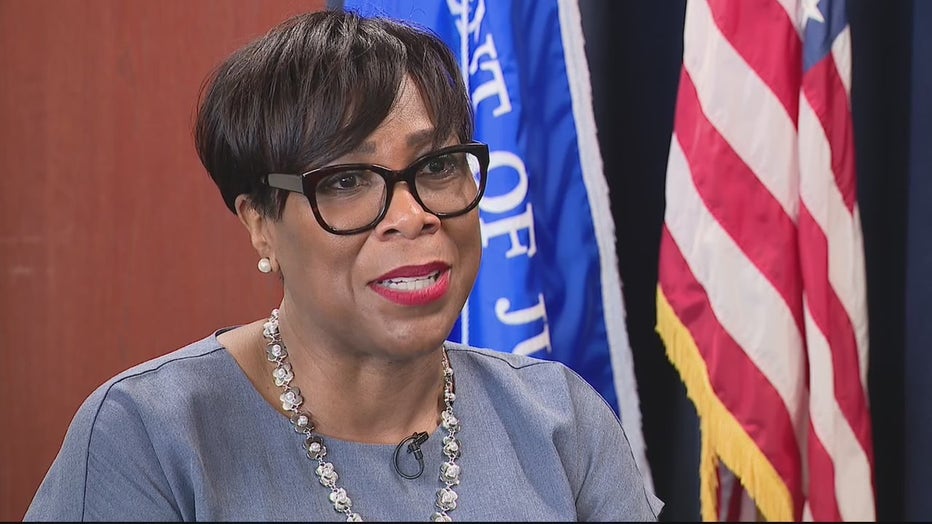 Dawn Ison, a nominee of President Joe Biden, was sworn in as the United States Attorney for the Eastern District of Michigan by Chief United States District Judge Denise Page Hood.

She will be the first Black woman to serve this role and prioritize the issues that she has personally experienced. As she embarks on her tenure, her focus is on rebuilding community trust, targeting systemic discrimination, and reducing violent crime.

“It has been a privilege to serve as an Assistant United States Attorney for over 19 years. I could not be more honored to extend my service to my hometown in this significant way as the United States Attorney, which serves as the pinnacle of my career. We will continue to work hard to ensure the protection and safety of every citizen in this district and make sure the people of this richly diverse community feel valued,” Ison stated in a press release statement.

The Detroit native is a graduate of Cass Tech High School. In 1986, she received her undergraduate degree from Spelman College and her law degree from Wayne State University Law School in 1989.

During her early childhood years, Ison’s father was murdered. And since then, she has not allowed life’s obstacles to define her. Ison takes pride in using her voice to advocate for change.

“I have been a victim of a crime. My mother was a single parent, worked at the post office, and struggled to take care of me and my brothers,” she said. “I am the wife of a retired police officer. I’m the mother of a young Black son —so it is this lived experience that I hope to bring to this role.”

In addition to her life experiences, Ison brings an extensive repertoire in the legal field, which includes 12 years as a criminal defense attorney. Following that, she has served as an Assistant United States Attorney for the Eastern District of Michigan since 2002, where she has shed light on public corruption and prosecuted drug trafficking offenses at the highest level in the Office’s Drug Task Force Unit. She also served as Chief of that unit, the largest unit in the U.S. Attorney’s Office. Since 2014, Ison has served as the Office’s District Election Officer and represented the Office in the federal court’s alternative to prison program.

Ison has successfully handled large-scale, complex, multi-defendant prosecutions throughout her career, including leading the federal prosecution that broke up the Black Mafia Family and sent dozens of members to prison for years.

“Much like our Vice President Kamala Harris said, I might be the first, but I won’t be the last,” Ison said in Fox 2 Detroit reports. “It is huge, but what I will say is there are so many qualified women before me who could have served in this role, but what they did was pave the way for me.”