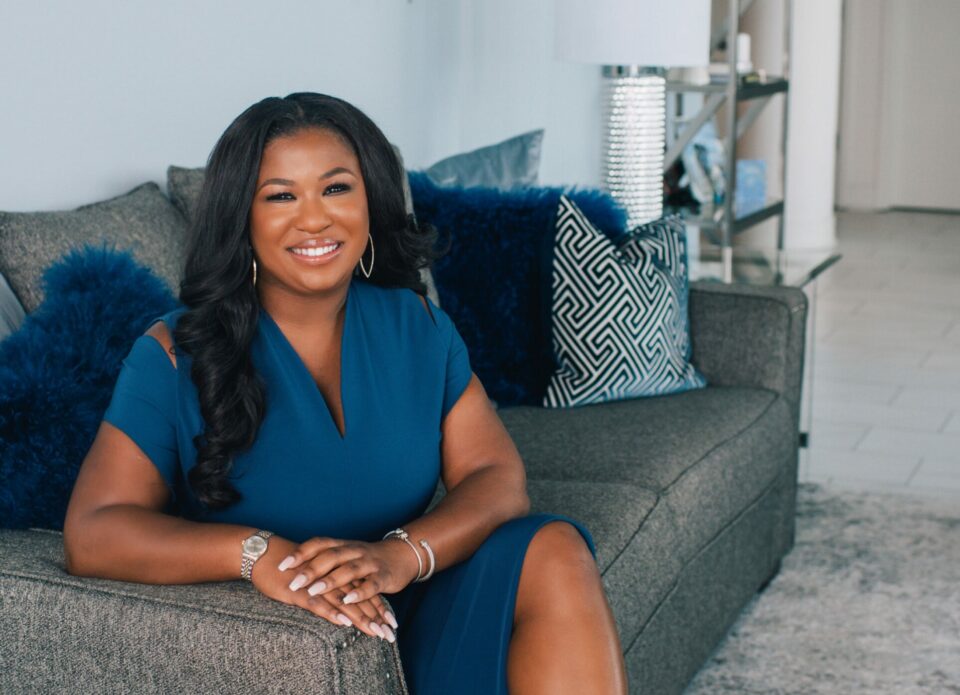 As a spokesperson for companies including IBM, Walmart, Bank of America, Compass Group, and Cisco, she quickly rose to the C-suite—leading some of the company’s most high-profile public relations. But for Evans, 35, going full-time into her international public relations firm just before the pandemic was about purpose. And with her success in such a short time, it’s clear why.

She’s worked with everyone from the family of George Floyd and attorney Ben Crump to the Biden-Harris campaign, and leading corporations including Coca-Cola; politicians such as Michael Bloomberg and Andrew Yang; rappers like Big Sean; religious leaders such as Pastor John Gray; record labels; small businesses; and major celebrities across the U.S., Europe, and Australia.

BLACK ENTERPRISE had the opportunity to chat with Evans about her most recent accomplishments, including being inducted into PR Week’s Hall of Femme, her agency’s expansion, and being the voice for some of today’s most historical moments and iconic individuals.

What does your induction into PR Week’s 2021 Hall of Femme mean to you?

I was very blown away. To be inducted in the same class as Judy Smith in particular (who is the inspiration behind Scandal’s Olivia Pope), and other uber-talented women who lead communications for some of the world’s largest companies, has made me feel very seen. It was especially meaningful to receive the honor at just 35 years old, and as a Black woman, when there is so much more career ahead of me. I recognize that many others in my class had nearly twice as much time to have achieved their respective accomplishments, so I am humbled to stand beside them in this honor while realizing they paved the way for me as a woman.

It also truly validates my work over the years, particularly when I reflect on my time in corporate America. To also be recognized as one of the leading crisis communications managers in the country is surreal. It’s hard to believe it’s me, but I am definitely pinching myself to make sure!

What was your journey to the world of public relations like? How and when did it become clear to you that that’s the career route you wanted to take?

I started my career in journalism as a reporter, freelancing for publications like Glamour and People in New York, while I was still an undergraduate student at the University of North Carolina at Chapel Hill. When I graduated in 2008, the financial crisis was looming, and while I received offers of full-time magazine editorial work, I found the PR job offers I received more interesting. IBM offered permanent relocation to New York and the chance to work with their executives. I thought I would take the job until the financial crisis ‘blew over,’ and then I’d go back into magazines. But the euphoria I felt when I would see my name on a byline in Cosmopolitan or any other publication in print, was the same euphoria I felt when I landed my first major story at IBM. I never looked back! And from there, I earned a master’s degree in crisis communications and took public relations and communications leadership roles at Philips, Walmart corporate, Bank of America, and Compass Group. In some of these roles, I led large teams and reported to the CEOs and CMOs of these companies, which allowed me to really learn to lead in public relations—not just perform the job at the highest level.

In 2017, I started a consultancy while still working in corporate America, and I went into consultancy full time after hiring staff in 2019. Since then, we’ve worked with Fortune 500 corporations, politicians, professional athletes, television personalities, musicians, and so many more notable people and entities.

Can you tell me more about your experience representing the family of George Floyd Jr.? Did you find them or did they find you? Why was it important that you support them as a client?

Like many of our high-profile clients and celebrities, I got a call out the blue one day. My biggest breaks have come just like that, and it really speaks to the fact that people put your names in rooms even when you’re not there. It was the summer of 2020, at the height of the protests. I was on vacation and headed to dinner when my phone rang, and it was a member of the Floyd family. Before that call, I didn’t know any of the Floyd family personally, but they were referred to me by another high-profile client they’d met. The next thing I knew, I was on a plane to Minneapolis for pre-trial.

Working with the Floyd family as they prepared for the trial and now as the family works to preserve the site of his death, has been some of the most meaningful work of my life. My purpose is deeply tied to what I do in communications and public relations, and I will always feel that was a special assignment. I always ask if not me, then who? My own work experiences with discrimination and marginalization prepared me for that moment when I was called into action for one of the most memorable cases of social justice in our country’s history, and I’m grateful that I answered the call—both literally and with regard to taking the assignment. 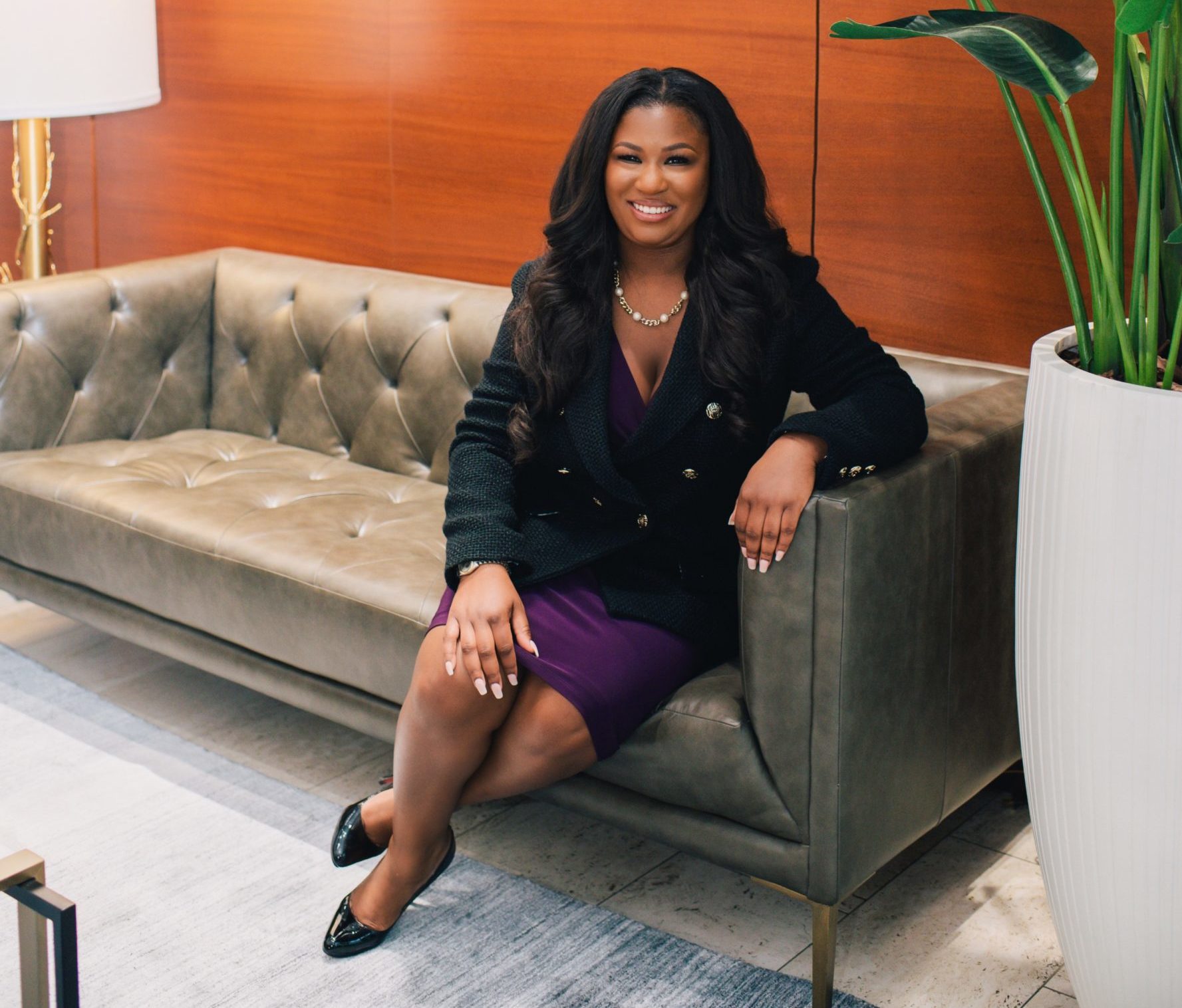 What has it been like running one of the most prominent Black, woman-owned PR and marketing firms in the nation?

I’m definitely one the largest, Black-owned independent firms. We also have a work affiliation with the world’s largest PR firm, and I am very blessed to also have clients across the globe and to work with major brands. We are invited to work on some of the most high-profile public relations programs and crises of our time, and I think that says a lot about what we’ve built in a short period of time. It has been exactly what I envisioned in my wildest of dreams.

What are you looking forward to in your career future?

We are undergoing construction on our new office in the heart of Uptown Charlotte. It’s in a historic building just steps away from the headquarters of the country’s largest banks and Fortune 500 companies. It’s my hope that my career and my journey will continue to be an inspiration for young women who wonder if they can transition from a corporate career to entrepreneurship and who dare to turn their passion into purpose. That’s what I’ve been able to do, and it’s given me the best, most rewarding career I could ever ask for.

But it will never mean as much to me, unless I am able to duplicate this outcome at least 10 more times for at least 10 more young women who are just waiting for their opportunity to learn from me and then surpass me. Our country needs it, but our culture and our communities need it even more. In my life, the giving back has already begun now, even while I continue to learn and grow. I also believe my journey also demonstrates the value of building your own table, even if you’ve been given the opportunity to sit at others. Particularly for young, Black women who feel unseen in the workplace, I hope that my career path is an example that when we build our own tables we can make room for everyone.