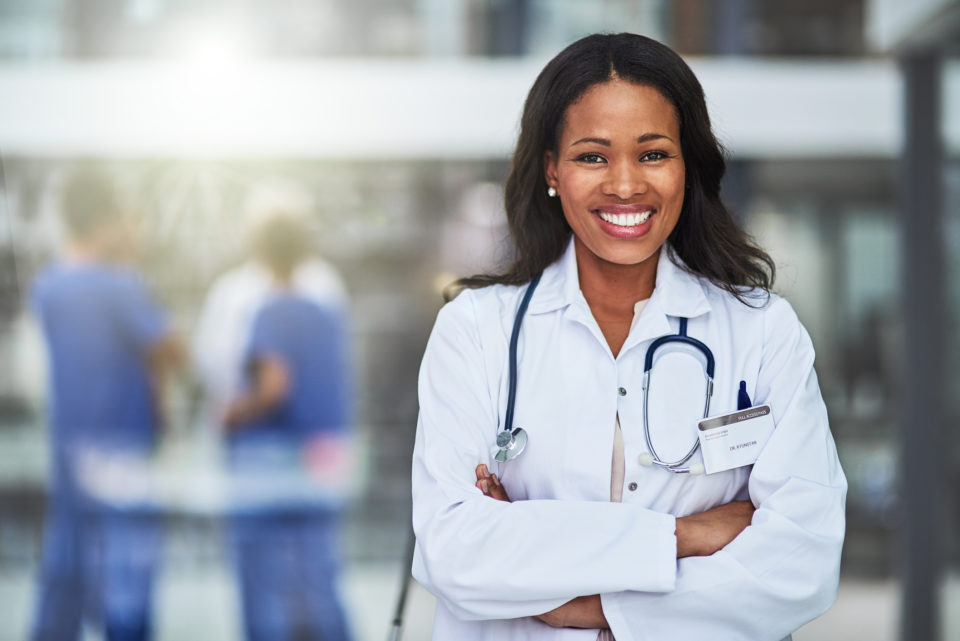 Portrait of a confident doctor working at a hospital (IStock -Cecilie_Arcurs)

Dr. KMarie King is a barrier-breaking Black woman who is making historic achievements in the medical field.

King will be “the first Black female chair of surgery at an academic health science center in the United States,”  according to Albany Med.

King –who is also a fellowship-trained hepatobiliary and pancreas surgeon– will officially assume the role as chair of the Department of Surgery and Chief of Surgery at Albany Med in Albany, N.Y. on September 1, 2021, per the announcement.

The United States Army veteran served in Operation Desert Storm.  According to King’s LinkedIn, she was a medical lab specialist, when she served in the military.

Words can not express how delighted I am today of the announcement to lead the Dept of Surgery @AlbanyMed. The connection I felt with everyone I met made it seem ordained. I am humbled by the honor and am filled with gratitude. Thank you all for celebrating with me!

Morehouse School of Medicine credits King as being a professor of surgery who attended Washington University School of Medicine. Additionally, King earned a Masters Degree in Business Administration from Brandeis University; attended University of Pittsburgh for a Residency in General Surgery; and she completed a Mayo Clinic Fellowship in Hepato-pancreato-biliary Surgery.

King is also the recipient of awards for “her research in the areas of live and pancreatic cancer.” The doctor has authored  over “100 peer-reviewed publications and book chapters,” per WRGB’s report. King’s vast professional accomplishments include serving as the medical director for surgical quality at “a 960-bed hospital and Level 1 trauma center in Atlanta” called Grady Memorial Hospital (GMH), per Albany Med.

“Throughout her distinguished career, Dr. King has positioned herself as a proven leader in all areas of academic medicine, including patient care, medical education, and clinical research,” Vincent P. Verdile, M.D. said. “Her breadth of experience, strong clinical skills, and business acumen, along with her commitment to quality, will serve her well as she leads and advances Albany Med’s surgical services.”

In Albany Med.’s announcement, Verdile was identified as a Dean of Albany Medical College, in addition to being Albany Med’s Senior Executive Vice President for System Care Delivery.

King is an accomplished researcher and gastrointestinal surgeon who also identified herself as a patient advocate on LinkedIn. Her presence in the medical field is rare in a profession where more African Americans are needed.

Congrats to this brilliant woman and this great achievement.