Meghan Markle And Gloria Steinem Want To Encourage You To Vote 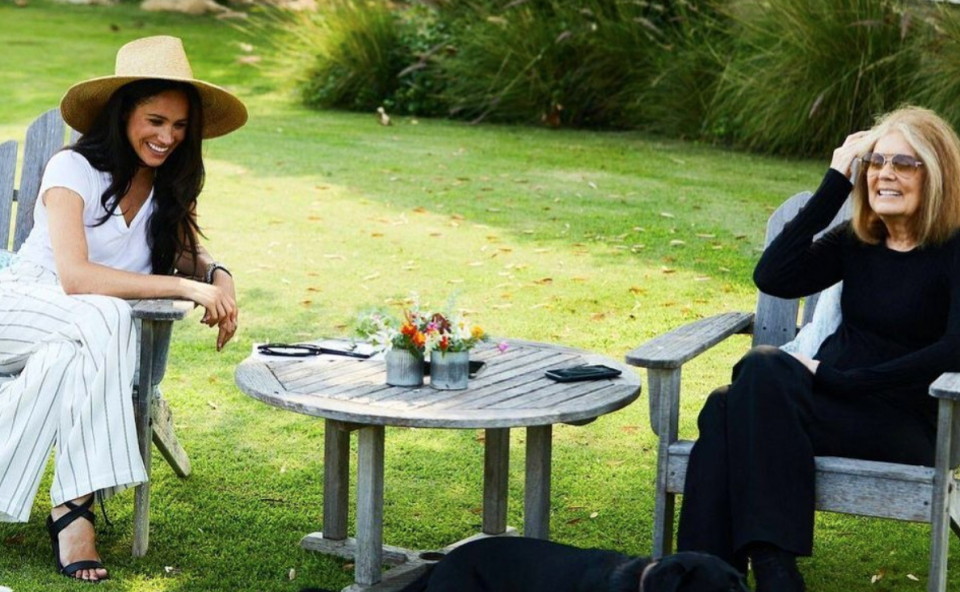 Women voters have become a critical part of the upcoming election with more and more activists becoming vocal about women’s rights.

Duchess of Sussex Meghan Markle and women’s activist Gloria Steinem are coming together to empower Americans to vote in the upcoming November elections. The two discussed the importance of the presidential election and the impact of seeing a woman like Kamala Harris on the ticket for vice president.

“I’m so excited to see that kind of representation. You know, for me, being biracial, growing up, whether it was a doll or a person in the office, you need to see someone who looks like you in some capacity,” Markle said during the sitdown, according to Marie Claire. “As many of us believe, you can only be what you can see. And in the absence of that, how can you aspire to something greater than what you see in your own world? I think maybe now we’re starting to [a breakthrough] in a different way.”

Steinem also revealed that she teamed up with Markle to cold-call people to encourage voters to participate in the upcoming election to let their voices be heard.

“Meg is herself, smart, authentic, funny, political. She came home to vote,” Steinem told Access Hollywood. “And the first thing we did and why she came to see me as we sat at the dining room table here—where I am right now—and cold-called voters. And said, ‘Hello, I’m Meg,’ and, ‘Hello, I’m Gloria,’ and, ‘Are you going to vote?’ That was her initiative.”

The two women met in August to discuss women’s empowerment and the upcoming election on a clip shared by MAKERS Women, a platform to tell women’s stories. “People forget how hard women like you and so many others before you fought for us to just be where we are right now,” Meghan told Steinem during their conversation. The activist firmly responded, “If you don’t vote, you don’t exist.”

discuss representation, why each vote matters and how all women “are linked, not ranked.” MAKERS has an exclusive look at that historic backyard chat! 🙌 Q&A to come tomorrow.