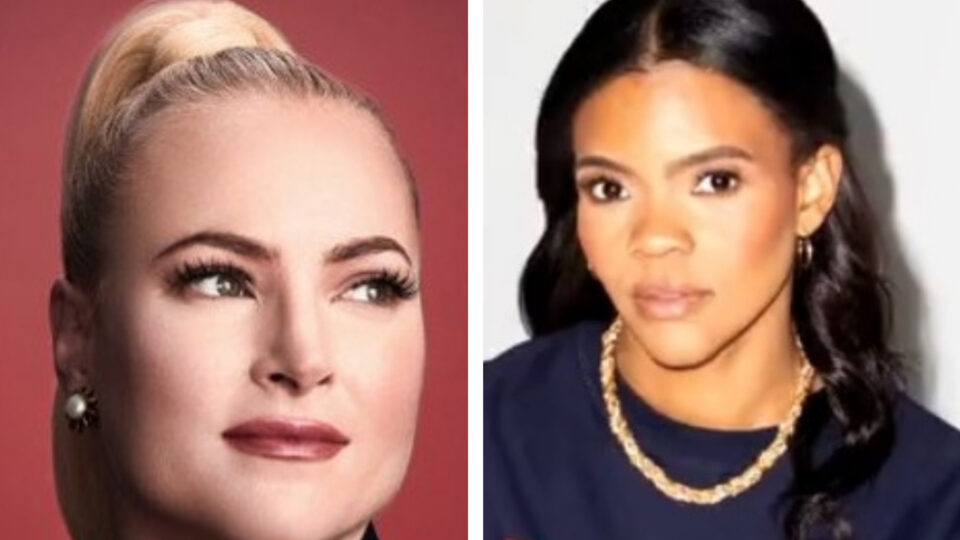 Trump supporter and advocate Candace Owens has now become a menace to other conservatives.

Owens, the host of The Candace Owens Show on the Daily Wire, has been at odds with other conservatives, most recently with the daughter of late GOP Sen. John McCain and former co-host of The View, Meghan McCain, who now is a columnist for the Daily Mail.

Owens thought she was in the “in-crowd” among conservatives but her recent sit-down with Trump proved that conservatives are less than willing to support her off-beat, anti-COVID rhetoric and don’t see her as an equally-yoked member of the conservative community.

Case in point: McCain and Owens went tit-for-tat on social media after former President Trump appeared on Owens’ talk show on The Daily Wire and made her look clueless discussing the COVID vaccine. Trump surprisingly supports getting vaxxed after his own critical battle with coronavirus.

Trump was quick to defend the jab saying it was “one of the greatest achievements of mankind.” Owens attempted to question the vaccine’s effectiveness when Trump rejected this notion, NY Post reported.

After that appearance, according to Business Insider, Owens suggested to her followers that Trump is advocating for the COVID-19 vaccine because he is “old.” Owens, who is anti-vaccination, has been one of Trump’s biggest cheerleaders since he ran and won the office of president of the United States.

She responded to critics who slammed her because Trump took a different stance than anticipated.

McCain seemingly sided with Trump, although she has publicly stated that she hates him. She went on Twitter to throw some shade at Owens:

Trump schooling Candace Owens with facts and logic regarding getting the vaccine is really a sight to behold. Credit where credit is due and I hate the guy.

Owens shot back at McCain when she sent this reply:

Hey Meghan— did you know that the overwhelming majority of people dying and/or being hospitalized from Covid-19 are clinically obese?
People like you love the vaccine because it allows you to pretend that you care about health.
People like me see right through that bullsh*t. https://t.co/fbtt2OVCJj

The two went at each other for several Tweets as the insults flew.

Come get your girl @benshapiro. https://t.co/jSI05zwkd6

Lol, I know it stings having your golden God, Trump, call you out on your anti vaxxer bullsh*t. https://t.co/UoR8t1v0BJ

You so clearly did not watch the interview and are just reading headlines. 😂😂
What exactly did I say that was “anti-vax” in the interview, Meg?

Also “golden God”?
What is up with these pre-school comebacks? 🤡🤡

Your post-trump pro-vaccine interview spiral has been really fun for all of us to watch. https://t.co/ACxJoKCPll

You are slipping into utter irrelevancy and its sad to watch.
Do you want to come on my show, Meg? Just say the word and I’ll have my producers reach out. https://t.co/fN79TylqtF

Coming from the woman who did an entire IG Live tonight talking at LENGTH about how obese I am as opposed to addressing the fact that her hero fact-checked her.

You spread misinformation about the safety of vaccines. You’re a danger to public health.

Um…An entire IG live about YOU? Have you lost your mind? Try—I told people I was running late to my live because I was responding to your fake health concerns on Twitter. I then proceeded to do “an entire IG live” regarding Guardasil, DTap and Hep B vaccines, as planned. https://t.co/wQJUgHm9BP