Mekhi Phifer Reprises His Role as Max In â€˜Allegiant' 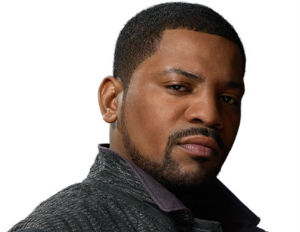 Mekhi Phifer’s career has had the type of longevity and diversity every actor strives for. He first came to our attention in 1995 as Strike, a drug dealer, in Spike Lee’s Clockers. Since then he’s starred in spoof comedies, horror flicks, and sci-fi movies, and portrayed everything from a doctor to a football player to a CIA agent, on the big and small screen.

And Phifer’s career shows no signs of slowing down. He’s had a recurring role as Max in the Divergent films–the third of which, Allegiant, comes out Friday–and he has a number of projects in the works. He’s set to star in a remake of Alex Haley’s Roots, a miniseries that will air on A&E Network; he has a role as one of humanity’s last soldiers in the zombie apocalypse movie Pandemic; and he plays a police lieutenant in the upcoming CW Network series Frequency, adapted from the movie of the same name about a detective who is able to contact a deceased parent with a ham radio.

In Allegiant, Tris, your favorite female protagonist; her instructor Four; and most of the cast from the first two films in the Divergent series go beyond the wall, leaving everything they know and venturing into the world outside the post-apocalyptic city of Chicago. Now, instead of warring with factions within the city, they’re out to save all of humanity. There have been casualties and losses up until now, so needless to say, this won’t be a walk in the park.

“I had a great time filming [Allegiant]; it was great to work with everyone again,â€ says Phifer. “The cast has become like family and there are always good vibes on the set. And I love playing Max. Max is someone who stands up for what he believes in. I would say I have that in common with him.â€

Check out these trailers: