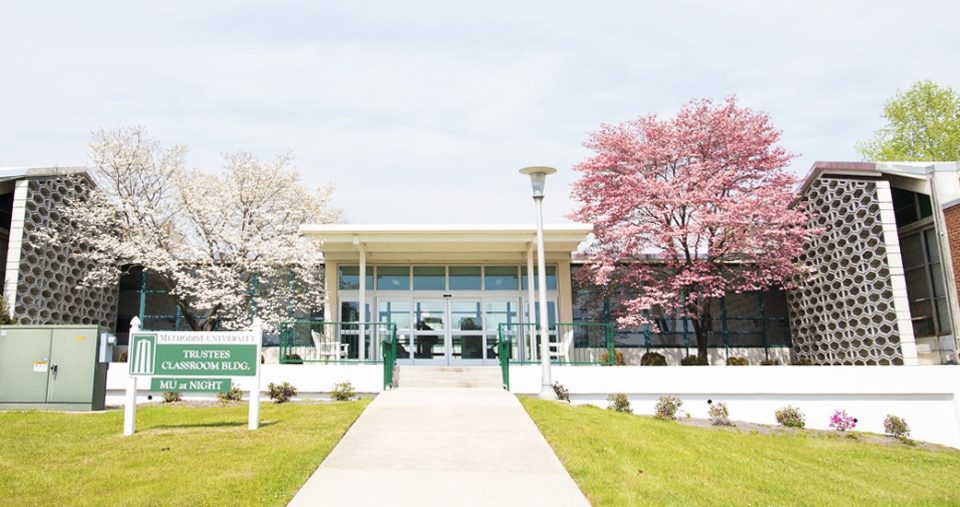 As Methodist University is handling the backlash from a viral incident of on-campus racism, one student has revealed the school’s resolution leaves a bit to be desired.

Earlier this week, the Fayetteville Observer reported that the school had suspended the Alpha Delta Pi sorority after photos surfaced on Facebook capturing a member of the organization standing in front of a photo of four MU football players. Next to the players’ faces were the words “large nostrils.”

According to the caption and comments on the since-deleted post, the photo was shared was taken during an Alpha Delta Pi gathering during which the young lady pictured was delivering a presentation on things she found attractive. That list included several physical features associated with African-Americans, including locced hair.

On September 16, MU released a statement in which they avoided addressing the specific incident, but stated the university investigates “all possible incidents racism and act on them appropriately as warranted by the facts.”

“Our goal is that all students should feel safe on our campus and should feel that MU affirms their identity and their dignity as members of God’s family of human beings,” the statement read.

The internal messaging to students wasn’t as convincing, according to Ta-Quez Harrell, vice president of the Greek Council, which sits over all fraternities and sororities at the school. Harrell, who is Black, told the Observer that the he felt the school’s statement discouraging students from taking their grievances to social media was tantamount to telling the players to “shut up and dribble.”

At press time, Methodist, a private institution in Fayetteville, NC, had suspended Alpha Delta Pi. The sorority’s national chapter has also suspended the membership of the students who were involved in the incident, as well as the Theta Epsilon chapter at MU.

“Alpha Delta Pi was outraged and deeply saddened to learn of the racist behavior of a member of our Theta Epsilon chapter at Methodist University,” spokeswoman Beth Wright told the Observer via email. “Her actions directly contradict the values of Alpha Delta Pi.”