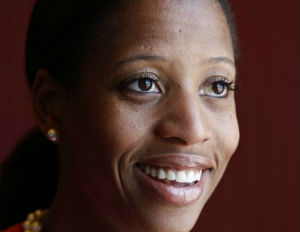 The black Republican governor of a small Utah city is in the news after she received a package of hate mail.

Republican rising star Mia Love and her husband received photos of her, her husband and a KKK member as well as pictures of aborted fetuses.

The photos were sent to the mayor’s office in Saratoga Springs. Love believes that she has become a target because she is a threat to the Obama administration.

This comes at a time when Love is campaigning to become the first African American Republican female to be elected to Congress. She is going for the 4th Congressional District seat against Democrat Jim Matheson.