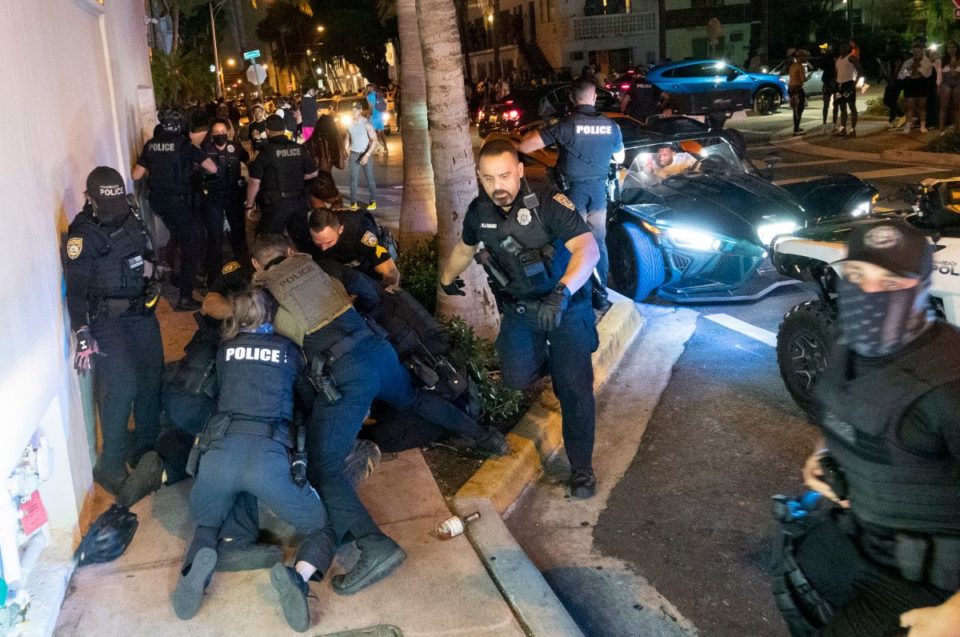 With the recent coronavirus pandemic still lingering and the arrival of spring break in the state of Florida, crowds were expected to grow as visitors descended on Miami Beach for fun and relaxation. A curfew has been set to try to control the number of people gathering on the famed Miami Beach strip.

According to The Miami Herald, as most of the revelers on Miami Beach were people of color, the presence of law enforcement went into overdrive. Miami Beach police turned away scores of Black people from Ocean Drive Saturday night using a SWAT truck, pepper balls, and sound cannons to disperse the crowd.

The tactics that were used by police officers were used to enforce a curfew that was supposed to clear the streets by 8 PM. Black leaders had a problem with the technique and method used as it was directed toward Black people.

“I was very disappointed,” Stephen Hunter Johnson, chairman of Miami-Dade’s Black Affairs Advisory Committee, said on Sunday morning. “I think when they’re young Black people [on South Beach], the response is, ‘Oh my God, we have to do something.’”

Glendon Hall, who is the chairman of Miami Beach’s newly formed Black Affairs Advisory Committee, stated that he was on Ocean Drive with some “goodwill ambassadors” and he did not see what led the police officers to use pepper balls. He said before the dispersal the crowd was peaceful. Once a Coral Gables SWAT truck drove by, tensions rose. The pepper-ball shots set off panic among the crowd and people started rushing down the street. “The truck showed up and nobody knew why the truck was there,” he said. “When we tried to calm things down, that hyped things up.”

Miami Beach Police Chief Richard Clements said that Saturday night’s incident would be reviewed internally. He claims the police wouldn’t fire the pepper balls just to break up a crowd of people.