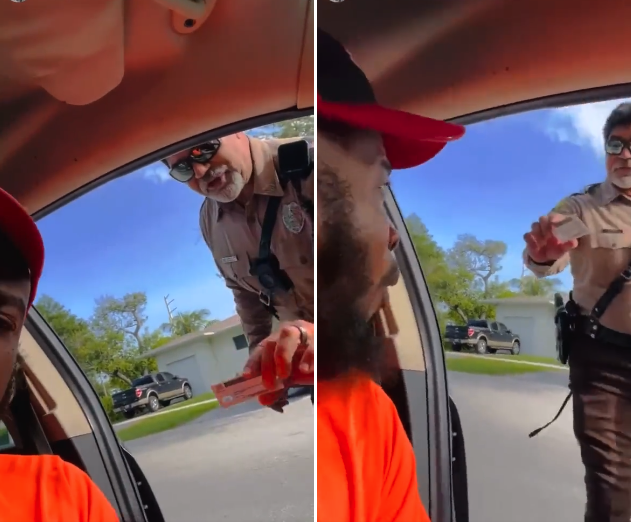 An internal investigation is in motion, and a Miami-Dade police officer has been restricted to desk duty after he was caught on video telling a Black man, “this is how you guys get killed out here” during a traffic stop.

NBC 6 Miami reported that the traffic stop occurred on Wednesday in North Miami Beach on Northeast 159th Street near 18th Avenue. The driver, Gerardson Nicolas, recorded the stop and the interaction between him and the officer. The video, titled “#Being black in American is a crime,” has gone viral on TikTok since its posting last week.

Nicolas said he was on his way to work when the incident occurred.

“Give me your driver’s license, registration, and insurance. If not, you will not be going to work today. Simple thing, man. This is how you guys get killed out here, man,” the officer is heard saying to Nicolas in the video.

The driver asked the officer to repeat what he was saying so he could catch it on video.

“What? Say that again? Say what you just said,” Nicolas responds.

The video does not indicate what led to the traffic stop, but the officer repeatedly asked for Nicolas’ insurance and registration.

Nicolas told NBC 6 that he recorded the video because he was scared.

In a released statement, the Miami-Dade Police Department said, “an internal affairs investigation is underway to review over 30 minutes of footage captured on the officer’s body worn camera and other evidence,” as per CBS News.

They continued, “the officer’s patrol duty was changed to administrative desk duties pending a complete investigation.”

Additionally, interim Director George A. Perez launched an internal affairs investigation after discovering the nature of the video.