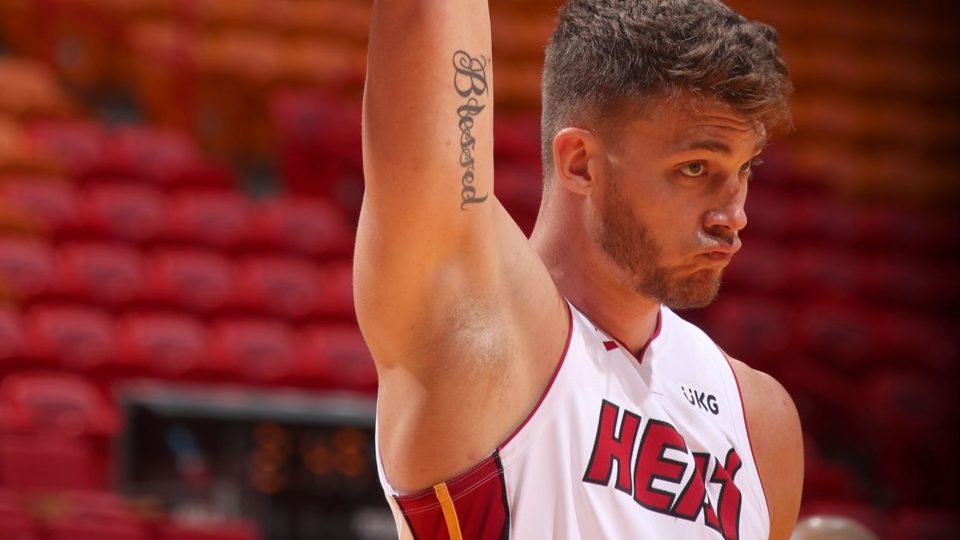 Miami Heat basketball player Meyers Leonard has been placed on indefinite leave after he was heard using an anti-Semitic slur while playing a game on streaming platform Twitch.

As the backup center was playing “Call of Duty,” he blurts out the offensive word.

The Miami Heat released a statement:

“The Miami HEAT vehemently condemns the use of any form of hate speech. The words used by Meyers Leonard were wrong and we will not tolerate hateful language from anyone associated with our franchise. To hear it from a Miami HEAT player is especially disappointing and hurtful to all those who work here, as well as the larger South Florida, Miami HEAT and NBA communities.

“Meyers Leonard will be away from the team indefinitely. The Miami HEAT will cooperate with the NBA while it conducts its investigation.”

Leonard, who is nursing an injury and hasn’t played since January, issued a statement of his own via Instagram:

“I am deeply sorry for using an anti-Semitic slur during a livestream yesterday. While I didn’t know what the word meant at the time, my ignorance about its history and how offensive it is to the Jewish community is absolutely not an excuse and I was just wrong. I am now more aware of its meaning and I am committed to properly seeking out people who can help educate me about this type of hate and how we can fight it.

“I acknowledge and my own mistake and there’s no running from something like this that is so hurtful to someone else. This is not a proper representation of who I am and I want to apologize to the Arisons, my teammates, coaches, front office and everyone associated with the Miami Heat organization, to my family, to our loyal fans and to others in the Jewish community who I have hurt. I promise to do better and know that my future actions will be more powerful than my use of this word.”