Michael B. Jordan Apologizes And Vows To Change Name Of Rum Brand After Change.org Petition 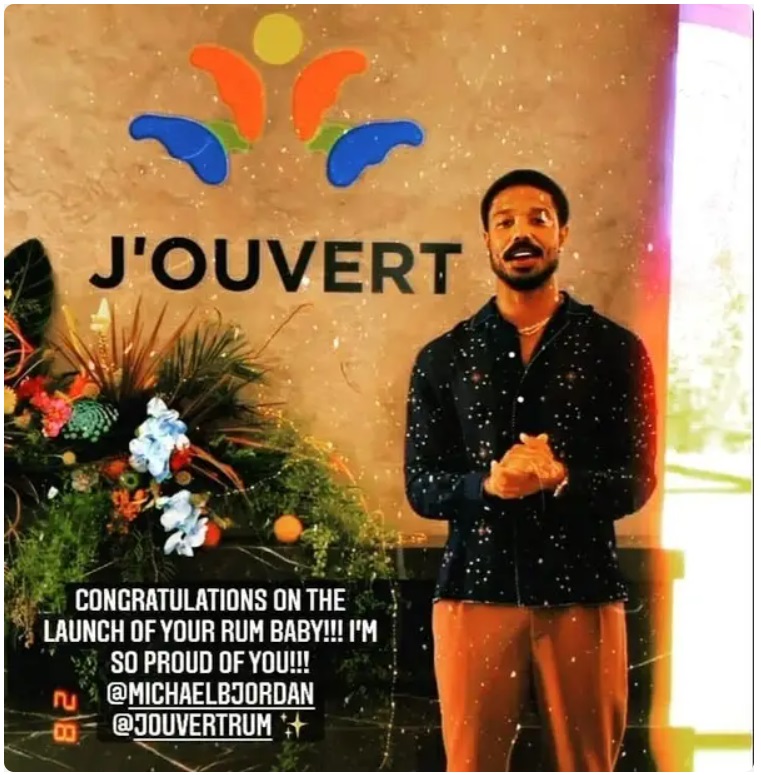 The people have spoken and after Michael B. Jordan faced a wave of backlash over the name of his J’Ouvert Rum brand with many people taking issue with the Black Panther star’s use of the name and lack of cultural ties to it, he has decided to listen to the people and course correct.

Jordan posted a message to his Instagram story on Tuesday, apologizing and vowing to change the name of his rum brand after he was criticized for its use which is “deeply rooted in Trinbagonian and Caribbean culture.”

He wrote: “I just want to say on behalf of myself and my partners, our intention was never to offend or hurt a culture we love and respect and hoped to celebrate and shine a positive light on. Last few days has been a lot of listening. A lot of learning and engaging in countless community conversations… I hear you and want to be clear that we are in the process of renaming.”

A Change.org petition gained traction online and has more than 11,000 signatures.
The petition was started to stop Jordan, citing inaccuracies with his trademark.

It reads: “The word J’Ouvert is deeply rooted in Trinbagonian and Caribbean culture.

The word J’Ouvert heralds the annual indigenous festivities of T&T’s beloved Carnival, which began in the 1800s and is still practiced globally by people in and from the Caribbean.

“The name J’Ouvert originates from the French jour ouvert, meaning day break or morning, and signals the start of Carnival.” (NYC.gov)

Hollywood actor Michael B. Jordan is celebrating the launch of his newest venture, a rum titled, J’Ouvert. SEE HERE.

It was recently discovered that in the official USPTO filing by Attorney Ryan Louis Shaffer for the use of the word J’Ouvert, under international classification 33: Alcoholic beverages, except beers (U.S. codes 047, 049), the official document states that, “The wording “J’OUVERT” has no meaning in a foreign language.”(SEE HERE)

The petition which was started by Caribbean American blogger and podcaster Jay Blessed, outlines a number of demands to the United States Patent and Trademark Office.

The Trinidadian-born rapper Nicki Minaj even weighed in and on Tuesday urged the actor to change the name of his brand — which he ultimately decided to do.

“I’m sure MBJ didn’t intentionally do anything he thought Caribbean ppl would find offensive,” Nicki said in a post, “but now that you are aware, change the name & continue to flourish & prosper.”

Some commenters believe Jordan is “stealing the culture.”

Another person on Change.org, Jarrah Faye said, “I’m not Caribbean but I’m Senegalese, and I understand what it feels like to have your culture taken for granted! I’m signing in solidarity!”

Looks like the whole ordeal was a teachable moment for Jordan.