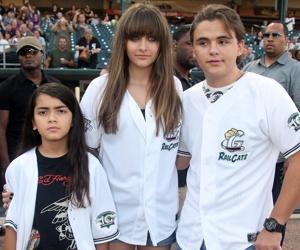 “Being a sensitive 15-year-old is difficult no matter who you are. It is especially difficult when you lose the person closest to you. Paris is physically fine and is getting appropriate medical attention. Please respect her privacy and the family’s privacy,” attorney Perry R. Sanders Jr. said in the statement Wednesday.

TheÂ Los Angeles County Sheriff’s Department and Fire Department said that they responded to a “medical emergency” on the block where the Jackson family lives in Calabasas. The L.A. County Fire Department described the call as a “possible overdose” and said a patient was taken to a hospital.

The night before the suicide attempt, Paris JacksonÂ tweeted, “yesterday, all my troubles seemed so far away now it looks as though they’re here to stay.”