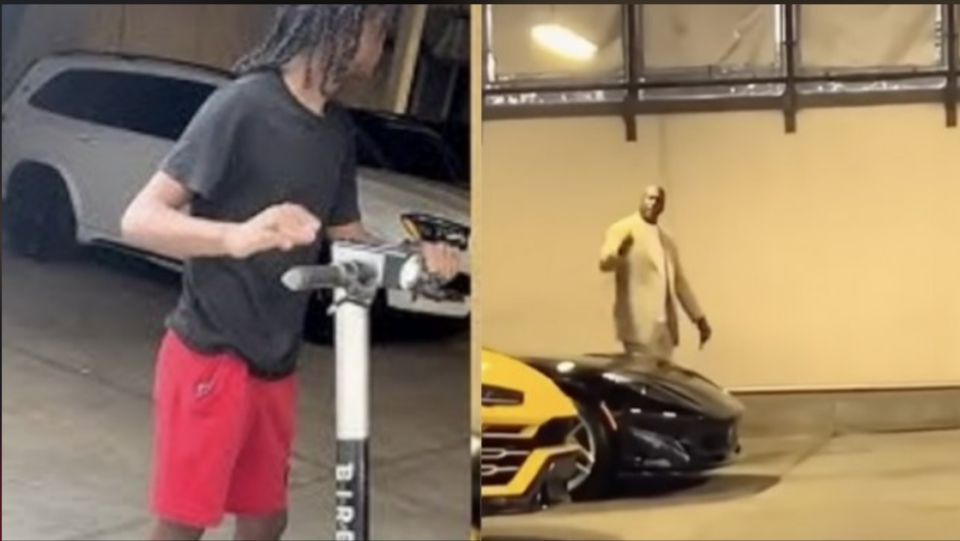 NBA legend Michael Jordan is under fire on social media after a video showed him denying a kid wearing Air Jordans a photo.

A pair of young, excited basketball fans waited outside a parking garage in Uptown Charlotte, North Carolina, hoping to glimpse LaMelo Ball, a star player on Jordan’s Charlotte Hornets. But instead of seeing the youngest Ball brother, the kids encountered Jordan.

Cellphone footage captured Jordan’s response to happy NBA fans who begged him for a photo and even asked where LaMelo was.

But Jordan was quick to shut down the advances. “Put that phone down,” the six-time NBA champion said while waving his hand away from the kids.

After watching the awkward exchange, many called out Jordan for denying the young basketball fans a chance to take a photo with an NBA legend.

“Lebron would never talk to fans like that,” added someone else.

“Brobro wearing his shoes tho.. why is he being rude to them,” one user asked.

There continues to be an ongoing debate among NBA fans on the difference between Michael Jordan and LeBron James and who is truly the GOAT of the NBA. Many credit MJ with being the Greatest Of All Time but say he wouldn’t have been able to handle the added pressure of being a star player in today’s social media age.

Jordan was lucky enough to acquire his fame and success in sports when fans had to turn on the television to see their favorite stars. Now, as a seasoned veteran, MJ maintains his privacy and doesn’t have to appease fans on social media.

If Jordan doesn’t feel like taking a photo with a fan, he clearly won’t, even if they are a child wearing his sneakers.