NBA Union Head, Michele Roberts, is Getting a Salary of $1.2 Million 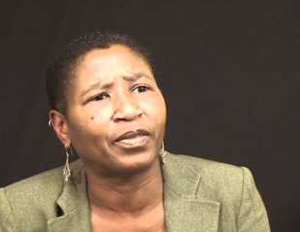 According to Businessweek, Michele Roberts, the new executive director of the National Basketball Players Association, will be receiving a salary of $1.2 million to head the players union. She is the first woman to lead a major sports union in North America.

Although her salary is $1.2 million, that is half of what her predecessor, Billy Hunter, made, but her base salary can add up to $600,000 in bonuses yearly over the life of the four-year contract.

“I’m guessing they were not prepared to pay $3 million to anyone,â€ Roberts said, adding that her compensation is “in the vicinityâ€ of her pay at her last job, the law firm of Skadden, Arps, Slate, Meagher and Flom.