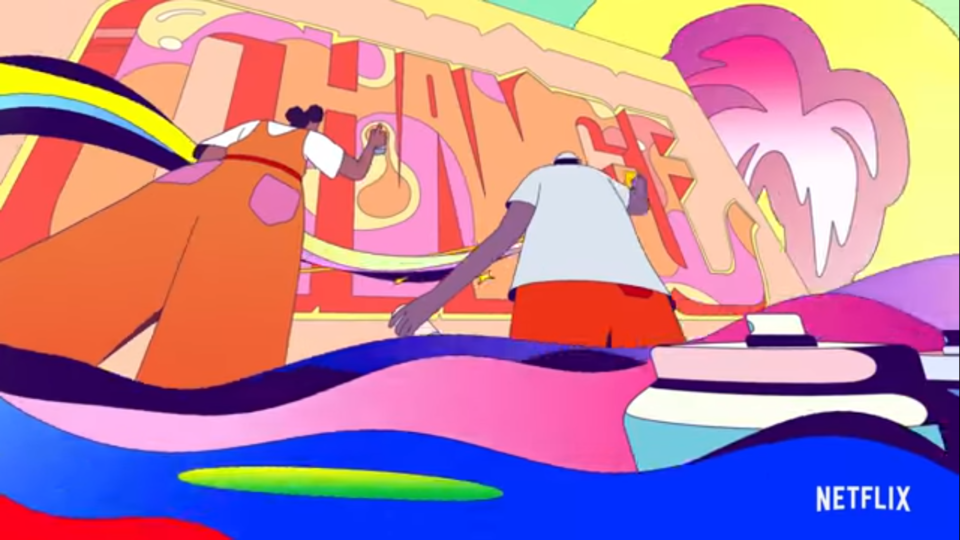 A scene from "We the People," which will air on Netflix (Image: Youtube/@Netflix)

We The People is a 10-episode cartoon featuring three-minute music videos covering civic topics such as taxes, citizenship, elections, and bills. The show was created by Chris Nee and the Obamas will executive produce the show under their Higher Ground Productions company along with Kenya Barris (who created Blackish), Tonia Davis ,and Priya Swaminathan.

The show is drawing comparisons to Schoolhouse Rock, which ran from 1973 through 2002.

The trailer was released this week; the show will premiere (appropriately) on July 4. The trailer refers to the show as a civics remix. The show will give young children insight into government and the part citizens play in it. While many children learn about the branches of government and what they do in middle school, there are many specifics of government that are omitted, including taxes and the different taxes that exist and the U.S. immigration system and how to become a U.S. citizen.

Michelle Obama’s puppet show Waffles and Mochi, which teaches kids how to discover, cook and eat food, was released in March by Netflix and has a 4.7 rating out of five on Google.

“Kids will love it, but I know that adults will also get plenty of laughs—and some tips for the kitchen,” Obama wrote ,according to The Seattle Times. “In many ways, this show is an extension of my work to support children’s health as first lady—and to be quite honest, I wish a program like this had been around when my girls were young.”