Michelle Obama: 'If You Want To Hang Out With Us, Get Vaccinated' 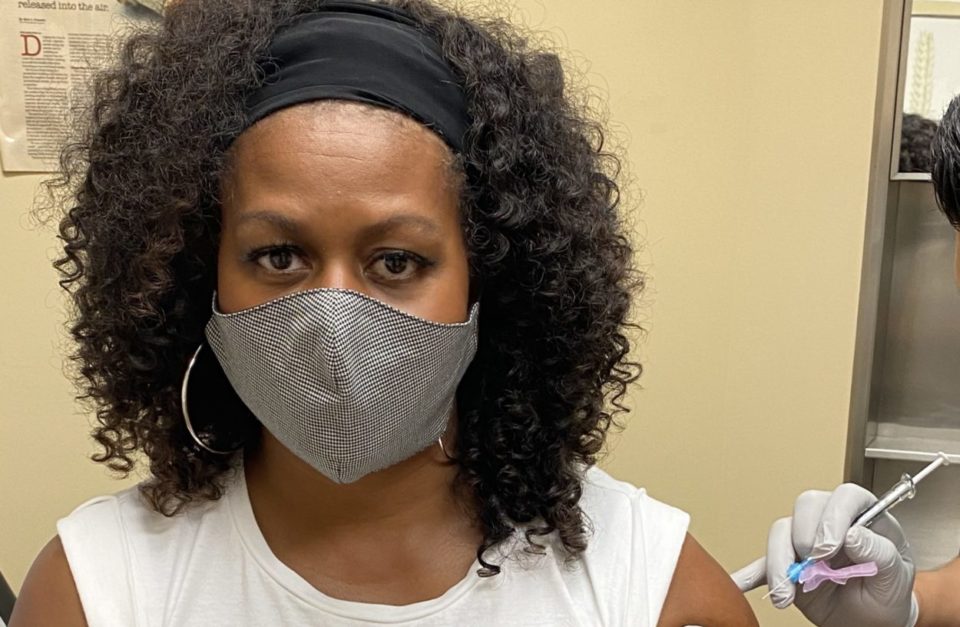 Former First Lady Michelle Obama says she has a simple rule when it comes to visiting with her and former President Barack Obama: no vaccine, no visit.

In an interview with CBS’ Gayle King that aired Monday, Michelle Obama made it clear that anyone who comes around her and her family must be vaccinated, no exceptions.

“You wanna hang out with us? Get your vaccine,” she told Gayle King Monday on CBS This Morning. “Get all of it. Finish it up. And then we can talk. So I urge everybody out there within the sound of our voices, please, please get the vaccine. It’s time.”

“All I can say is that I have tried to live a life where I don’t lie to people,” Obama, who received her shot in March, told King. “And the science behind a vaccine is the same science that’s behind aspirin and insulin.”

The interview also touched on mental health as Obama revealed last summer that she was suffering from low-grade depression due to the pandemic, the racial issues that engulfed the country, and the Trump administration.
Obama told King it’s important to openly discuss these feelings as opposed to hiding them.
“To not feel depressed, you know, with all that was going on over the course of this year—it’s sort of, like, ‘So you feel OK in all of this?’ You know, and sometimes we just need to speak the truth,” she said. “When there is such uncertainty and unrest, and lack of leadership and calm, it is upsetting. It shakes you.”
The interview also focused on access to healthy and affordable food and her pandemic hobby of knitting, where she revealed the former President has yet to wear a crew neck sweater she knitted for him.