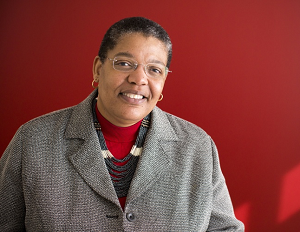 Harvard University announced Friday that Michelle A. Williams will become dean of its School of Public Health, making her the first black person to head a faculty at the university and the first female dean of the school.

Currently an epidemiologist and professor in the School of Public Health, Williams will start her new position in July, following David A. Hunter who has served as interim dean for the past six months after Julio Frenk stepped down to become president at the University of Miami.

“She is a skilled builder of bridges–between the theoretical and the practical, the domestic and the international, the different disciplines that drive the School’s academic endeavors, and the different communities that shape its identity and aspirations,” University President Drew G. Faust said in a statement. “I know she will approach her new role with the intelligence, dedication, integrity, and humane spirit that she brings to all she does.”

Williams’s appointment comes at a time when Harvard students have been more outspoken about the lack of diversity in leadership at the institution. Recently, students from the university’s medical school delivered a petition to Massachusett’s Hall, calling on Faust to prioritize the school’s need for more diversity as they search for their own new dean.

“As an alumna and faculty member, I have witnessed the transformative impact that this institution can have in education, research, and discovery related to the health of communities in need,” Williams said. “We have an imperative to lead and to serve, and I am looking forward to working even more closely with the School’s faculty, students, staff, and alumni to build on the school’s achievements.”

After earning a bachelor’s degree from Princeton University and a master’s from Tufts University, Williams attended Harvard’s School of Public Health before joining the faculty at the University of Washington. In 2011, she came back to the Harvard family asÂ chair of the epidemiology department in the School of Public Health. That same year, she was also presented the Presidential Award for Excellence in Science, Mathematics, and Engineering Mentoring by President Barack Obama. During her time at Harvard, Williams has dedicated her studies to researching infant and mental health across continents and has served as the principal investigator for three projects funded by the National Institutes of Health.