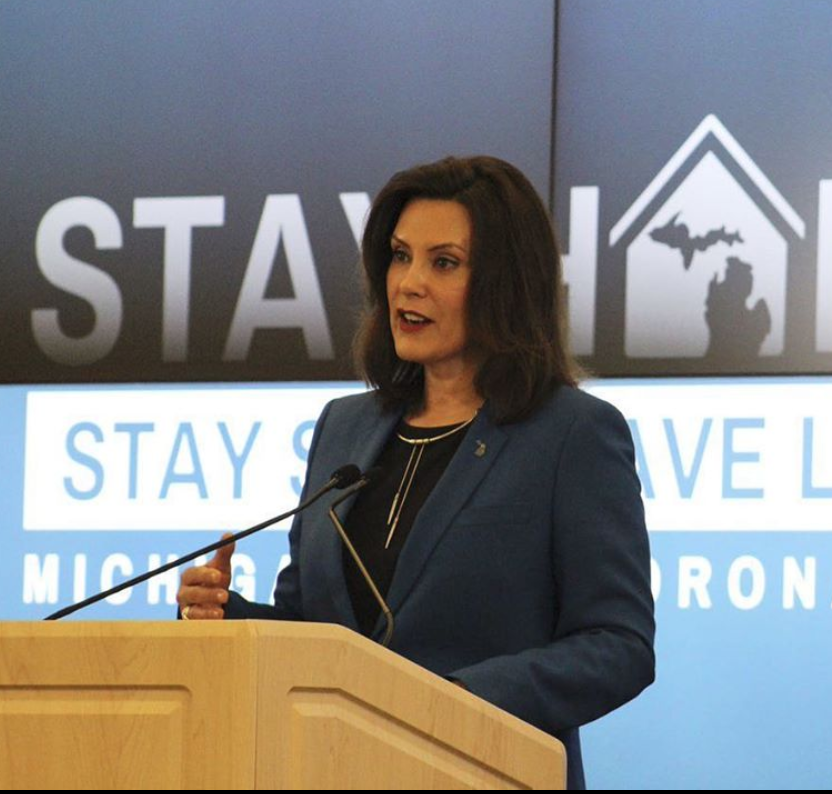 Last week, hundreds of disgruntled Americans gathered outside of Michigan’s state capitol building to protest its mandatory stay-at-home orders implemented to slow the spread of COVID-19, or the novel coronavirus. Many of the protesters were holding armed weapons including rifles and handguns. According to Michigan Gov. Gretchen Whitmer, many of them were also holding racist, bigoted signs as well.

On Sunday, Gov. Whitmer made an appearance on CNN’s State of the Union in which she described protesters demonstrating as “some of the worst racism and awful parts of our history in this country.”

“There were swastikas and nooses and Confederate flags and people with assault rifles,” she explained. “The behavior you’ve seen in all of the clips is not representative of who we are in Michigan.”

“We have to listen to the epidemiologist and health experts and displays like the one we saw at our capitol is not representative of who we are.” Michigan Gov. Gretchen Whitmer reacts to protesters descending on her state’s capitol, including some who were armed. #CNNSOTU pic.twitter.com/lfPgGnpkGC

Many Michigan residents also expressed their frustration on social media sharing video footage of the unruly crowds and their actions. Some of them pointed out that demonstrators—many of whom were armed—were demanding access to the House floor where they were not allowed.

Directly above me, men with rifles yelling at us. Some of my colleagues who own bullet proof vests are wearing them. I have never appreciated our Sergeants-at-Arms more than today. #mileg pic.twitter.com/voOZpPYWOs

President Trump responded to the volatile protesters as “very good people,” suggesting the governor should show some compassion toward their anger.

The Governor of Michigan should give a little, and put out the fire. These are very good people, but they are angry. They want their lives back again, safely! See them, talk to them, make a deal.