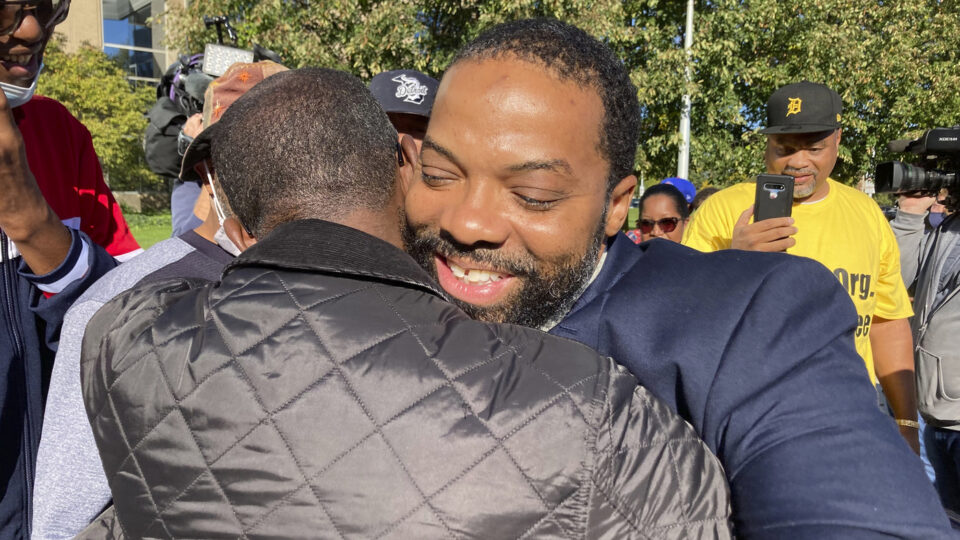 Murder charges were dismissed Thursday against John Deering, who spent 15 years in prison for the fire-related deaths of five children in suburban Detroit. (Image: Twitter/@U.S. RealityCheck)

Muder charges were dismissed against Juwan Deering, who spent 15 years in prison for the fire-related deaths of five children in Detroit.

Derring, 50, will not face a second trial, Oakland County prosecutor Karen McDonald announced Thursday, as a judge granted a request to close the case against him, a week after his convictions were thrown out at McDonald’s urging.

“It’s been a hard uphill battle,” Deering said moments later, adding that he next wanted “something good to eat.”

McDonald, who was elected prosecutor last year, took a fresh look at Deering’s case at the request of the University of Michigan law school’s innocence clinic. What she found was misconduct by police and prosecutors.

According to NBC News, McDonald said favorable evidence was kept from Deering’s lawyer and jurors at his trial were unaware that prison informants were given significant benefits for testifying against him.

Deering was charged with murder for a fire in Royal Oak Township in 2000. Authorities said the fire was retaliation for unpaid drug debts, but no one identified Deering at the scene.

McDonald added more than a dozen law enforcement professionals determined there is insufficient evidence to tie Deering to the fire.

“There is only one ethical and constitutional remedy,” McDonald said.

Law students from the University of Michigan had been trying to get a new trial for Deering, saying his conviction was based on “junk science.” However those attempts were unsuccessful, according to NPR.

Deering could be entitled to more than $700,000, under a law that pays $50,000 for every year a person spends in prison if new evidence is cited in a wrongful conviction.

McDonald added it’s possible the fire wasn’t a case of arson and state police are investigating the incident again.

“Once there was a belief that it was intentionally set, it was solve it at all costs. There was an unchecked culture here,” said Imran Syed of the law school, according to NPR. “Cutting corners has enormous consequences.”