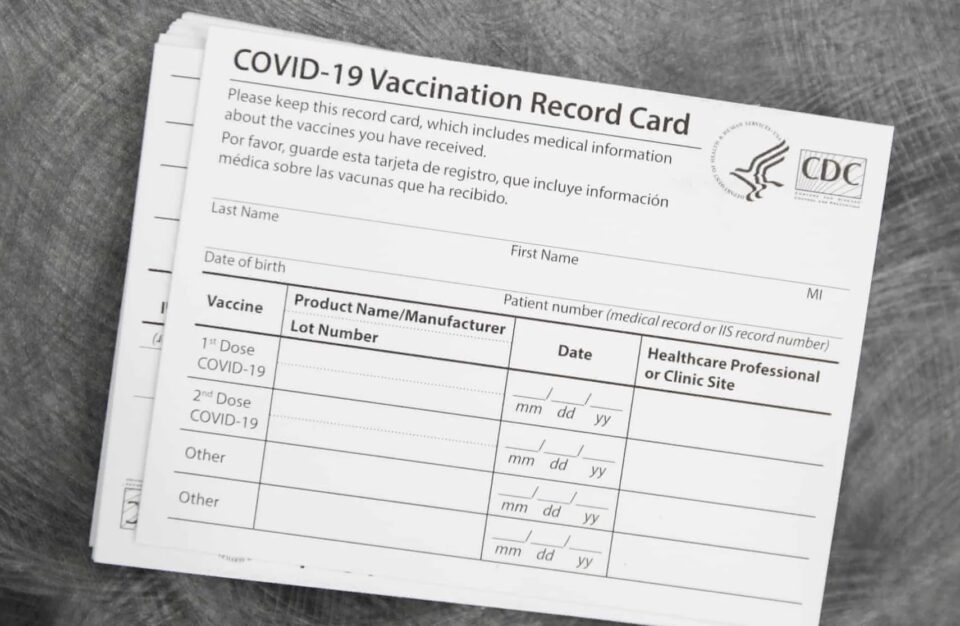 Authorities say a Michigan nurse abused her privileges and sold coronavirus vaccine cards over the internet.

Federal authorities have charged Kierczak with stealing coronavirus vaccination cards from the VA hospital in Southgate, Michigan. The charges include, theft of government property and theft or embezzlement related to a health care benefit program, according to Mlive.

Authorities say she also used vaccine lot numbers required to make the cards appear legitimate and resold those cards for $150-$200, according to a criminal complaint unsealed Wednesday in the U.S. Eastern District Court in Michigan.

For over four months, the complaint states, Kierczak, 37, sold the cards across metro Detroit, using Facebook Messenger as a way to communicate with potential buyers.

“Regardless of whether an individual chooses to get vaccinated, we urge everyone to avoid turning to schemes like these to evade vaccination requirements,” acting U.S. Attorney Saima S. Mohsin said in a statement. ” . . . Selling these cards is a crime.”

Kierczak is just one of several cases that involve illegally selling coronavirus vaccine cards in an attempt to evade immunization requirements.

Since vaccines became widely available in the U.S., federal authorities say they have charged numerous people with selling the immunization records now required to enter schools, work and public spaces.

Federal authorities have also seized thousands of fake vaccination cards that were meant to be distributed across the country.

Kierczak was released after paying her $10,000 bond. She is due back in court for a preliminary hearing on Oct. 22, court records state.