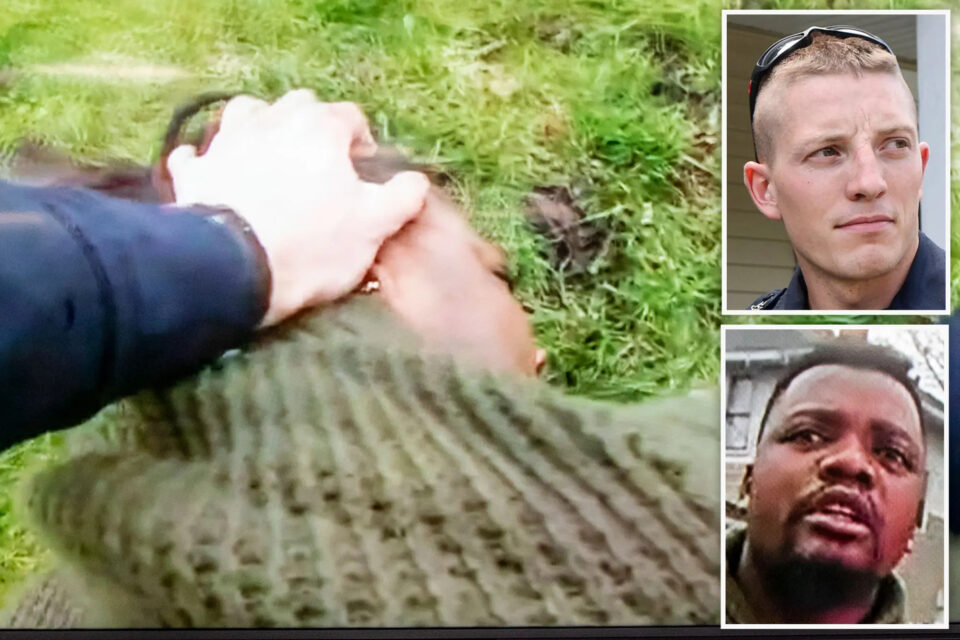 On Monday, the Grand Rapids Police Department identified the cop who fatally shot 26-year-old Patrick Lyoya in the head during a traffic stop earlier this month.

Local authorities confirmed that officer Christopher Schurr, who has served in the department since 2015, was responsible for shooting Lyoya. According to the New York Post, Schurr has been placed on administrative leave following the April 4 killing in Grand Rapids, Michigan.

After nearly three weeks, Grand Rapids Police Chief Eric Winstrom said that revealing Schurr’s name was “in the interest of transparency, to reduce on-going speculation, and to avoid any further confusion.” The statement comes after the department released four videos capturing the different angles of the incident.

BLACK ENTERPRISE previously reported that the footage confirmed that Lyoya fled the traffic stop after briefly engaging with Schurr. He appeared to be grabbing and pushing away a taser gun that the officer pulled out during an ongoing struggle. Lyoya attempted to flee again but was subdued face down on the ground. Schurr then discharged his gun and fired a single shot into the back of Lyoya’s head.

Last week, an independent autopsy was performed by forensic pathologist Dr. Werner Spitz. It revealed that Lyoya was shot once, and the gun was pressed to the back of his head. But an official autopsy has not been released.

In recent days, the death of Lyoya, a Congolese immigrant, has fueled police brutality protests against their treatment of young Black men. Kent County prosecutors are currently awaiting the conclusion of a state police investigation to decide to move forward with possible charges against Schurr, the Daily Beast reported.

“An intentional three-week delay in releasing the name of the involved officer, which they clearly knew at the moment of the shooting, is offensive and the exact opposite of being ‘transparent,’” Ven Johnson, an attorney representing the Lyoya family, said in a statement. “Once again, we see the Grand Rapids Police Department taking care of its own at the expense of the family’s mental health and well-being.”

The release of Schurr’s identity also comes days after Lyoya’s funeral, where Rev. Al Sharpton insisted, “How dare you hold the name of a man that killed this man. We want his name!”