Loud and Wrong: Woman Argues With Judge Over Her $10K Emotional Stress Claim For Bad Date 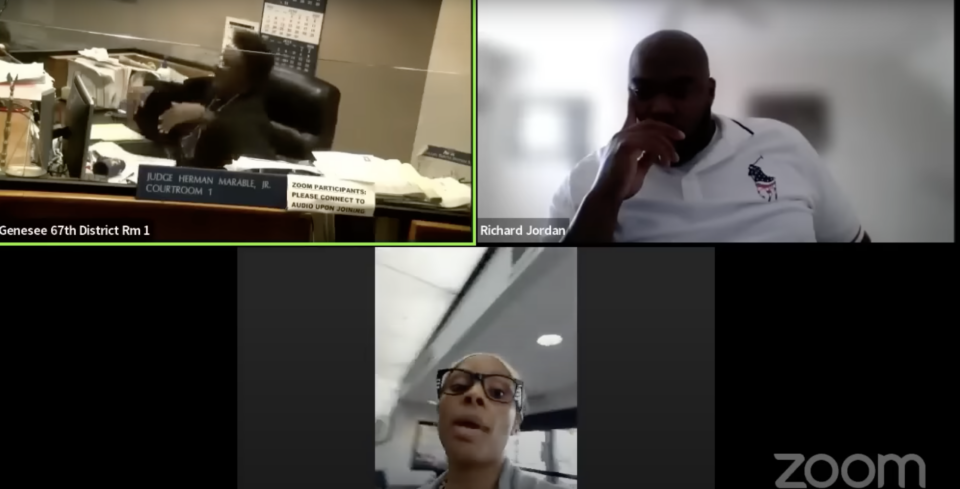 Michigan woman tries to sue man for standing her up on a date. (screenshot) Image Source:YouTube

A Michigan woman went completely nuclear on a judge after he determined that her case was out of the jurisdiction and should be handled in a circuit court, according to TMZ.

QaShontae Short filed a lawsuit against Richard Jordan for $10,000 in Flint, Michigan, on the grounds of intentional infliction of emotional distress. Short was brought before Judge Herman Marable Jr., TMZ reported.

Short filed the legal documents against Jordan in 2020, claiming he “did not show and left on her mother’s birthday and her mom had just passed away,” and he intentionally hurt her by his actions, according to the Daily Mail.

Judge Marable said her type of dispute is not dealt with in his courtroom, “That’s not something that’s justiciable in district court! That has to be brought in circuit court,” he said, informing Short.

The magistrate advised Jordan that if he is seeking to have the case thrown out that he would have to file the “appropriate motion.”

The suggestion set off Short, and she emphatically said that Jordan had lied according to a letter she submitted.

“In that letter, he lied, and then that’s what brought forth the perjury. It was never perjury in the beginning, it was perjury in his response,” she said to the judge.

Marable explained that perjury only applies if a person lies under oath. However, Short became enraged, saying she was fully aware of the definition of perjury, yet she kept missing the detail that a person must first be deposed.

The video of the shouting match between Short and Marable, who yanked off his face mask in frustration, has gone viral, as he futilely explained to her that canceling a date is not a criminal offense.

Short maintained that Jordan perjured himself when he lied about going on a date with her. Judge Marable countered that she is not in the position to make that determination.

Judge Marable instructed that Short’s case be moved to a circuit court, muted her mic, and ended the Zoom call, leaving Jordan shaking his head.

Short has a history of filing baseless lawsuits, including several in 2020 against the Flint Police Department for $300 million and AT&T. Both were dismissed.