The Marijuana Business Just Got A Major Partner 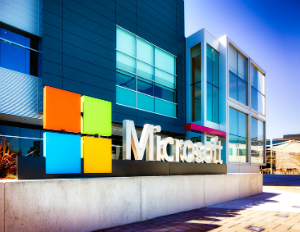 Microsoft recently announced the launch of KIND Government Solutions; a partnership with cannabis technology firm KIND Financial, based in California. This partnership will allow KIND to work on Microsoft’s government cloud, and will provide solutions to trackÂ sales of legal marijuana (“seed to sale”) businesses. This is the first marijuana partnership of any kind with a major technology company.

Statements from the press release below:

“No one can predict the future of cannabis legalization, however, it is clear that legalized cannabis will always be subject to strict oversight and regulations similar to alcohol and tobacco; and, KIND is proud to offer governments and regulatory agencies the tools and technology to monitor cannabis compliance.â€

This has been a busy week for the technology giant. Just a few days ago Microsoft purchased LinkedIn for a whopping $26 billion dollars! Microsoft’s move into the legal marijuana businessÂ industry will aid marijuana activists and enthusiasts alike in further debunking many of the myths and stigma associated with the herb. Further, this strategic partnership would also help the tech firm increase revenues via their cloud business.

Matthew A. Karnes, the founder of marijuana data company Green Wave Advisors spoke with The New York Times about the partnership saying:

“It’s very telling that a company of this caliber is taking the risk of coming out and engaging with a company that is focused on the cannabis business.â€

In case you’re wondering, Microsoft’s headquarters is in Washington, where weed is totally legal. And, if you’re interested in a career in cannabis, check out our list of 11 African American cannabis entrepreneurs.