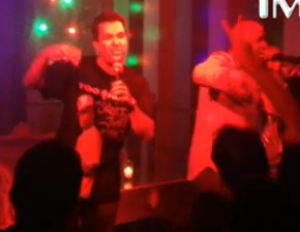 Ever thought you would see a technology executive rap with one of rap’s legendary MCs, on the same stage? Well, it happened.

Microsoft executive Michael Angiulo was caught on camera saying the “b-word” and other obscenities on stage with Bay Area legend, Too Short.

Angiulo’s wife hired the Microsoft honcho’s favorite rapper for his 40th birthday at a Seattle bar.

View the hilarious video at TMZ