How Microsoft Is Re-emerging As a Stronger Brand 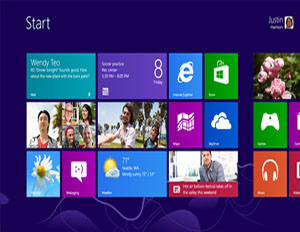 Thanks to the power of marketing and branding (or the lack thereof), many trend-hopping tech consumers have dismissed brands like Microsoft and opted for the “coolerâ€ types like Apple and Google. (Of course, it doesn’t help that Apple has unveiled the iPad 3, new iPad mini, the fourth gen iPad, Â iOS 6 and a new MacBook Pro, among other innovations all in one year; Google has rolled out a power player in the 7-inch tablet realm, Nexus 7.)

However, the Windows 8 event at New York’s Pier 57 on Thursday along with product announcements over the last few months is evidence that the tech giant is on the come up. With the Windows 8 operating system on the tip of techies’ tongues, here are 3 reasons you should pay closer attention to Microsoft:

It’s only right we start the conversation off with the first tablet ever manufactured by Microsoft. Similar to the full-size iPad, it weighs in at nearly 2 pounds and is 0.4 inches thick. It is, however, wider and thinner in shape. While the tech company is playing catch up, it has several offerings its iPad competitor doesn’t have such as a memory-card slot to expand the storage, a USB 2.0 jack and a video output jack. From a keyboard to a hard drive, you can connect nearly any USB device to the Surface. Hands down, an alluring feature is the Touch Cover, a pressure-sensitive, magnetic cover that has embossed keys and a touchpad on the inside. Offered in various colors, it allows consumers to type up to two times faster than onscreen. Each Surface model reportedly has twice the storage space. There are a few downsides, though, such as having a lower battery life than the iPad and no cellular model, just the Wi-Fi version. Available in 32GB without Touch Cover ($499)–and with the cover for an additional $100, the Surface will hit 60 stores across North America beginning at 10 pm EST tonight. The 64GB with Touch Cover retails for $699.99. Separately, the Touch Cover sells for $199.99, and the tactile-feel Type Cover keyboard costs an additional $10.

“From the chip set to the experience, Windows 8 is the next generation of Windows,â€ said Steven Sinofsky, president of Windows and Windows Live, during today’s announcement. We’d have to agree, Microsoft is trying to be an active participant at the roundtable with this innovation. Boasting a sleek user interface (think: the new colorful tiles) and wide range of apps, available through the Windows Store, Windows 8 will be featured on over 1,000 certified PCs and tablets. These devices include the Dell XPS 10 convertible, the Acer Aspire S7-391 and the Lenovo IdeaPad Yoga 13, among others. The one-click access to the apps makes it easy to toggle between your organization tools, photos and games.

While the details are still somewhat vague, the establishment of an online marketplace designed for apps powered by Intel-based Windows tablets and ARM-based Windows RT tablets is a great addition to the Windows brand. During today’s event, it was announced that the store would be available across 231 markets. Only time will tell if this new addition will compare to Apple’s App Store or Google Play, but it is launching with more apps in tow than when the dominant marketplaces debuted .