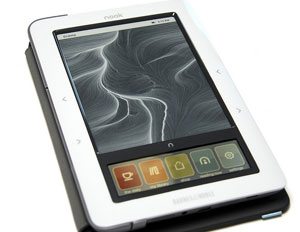 Barnes & Noble's largest competitor is Amazon, but the online retailer has been successful in undercutting the bookseller on pricing. (Image credit: Andrew Magill)

Microsoft’s hefty investment into the future of books has come and gone, and the price was pretty steep.

In an SEC filing from Barnes & Noble, the company revealed it would be purchased the stake of Microsoft’s share in its Nook division.

The $300 million investment into Barnes & Noble’s digital Nook division is being bought back for just over $62 million, according to The Verge, an obvious loss for Microsoft.

The software giant released its Nook e-reader app for Windows 8 in 2012. The company will also be receiving over 2.5 million shares of Barnes & Noble stock.

According to the filing, the buyout “will allow the Company to continue its rationalization of the NOOK Digital business and enhances the Company’s operational and strategic flexibility.”

The company’s Nook e-reader has always had an uphill struggle against incumbent online retailer Amazon and its line of Kindle e-readers, and further competition from tablets like Apple’s iPad and its iBooks store.

The kicker? the bookseller’s current Nook tablet is now just an Android-powered Samsung tablet with the Nook branding. It’s current Nook e-reader is $99, while Amazon’s low-end Kindle is $79. It’s a good thing Microsoft makes money on every Android device sold.