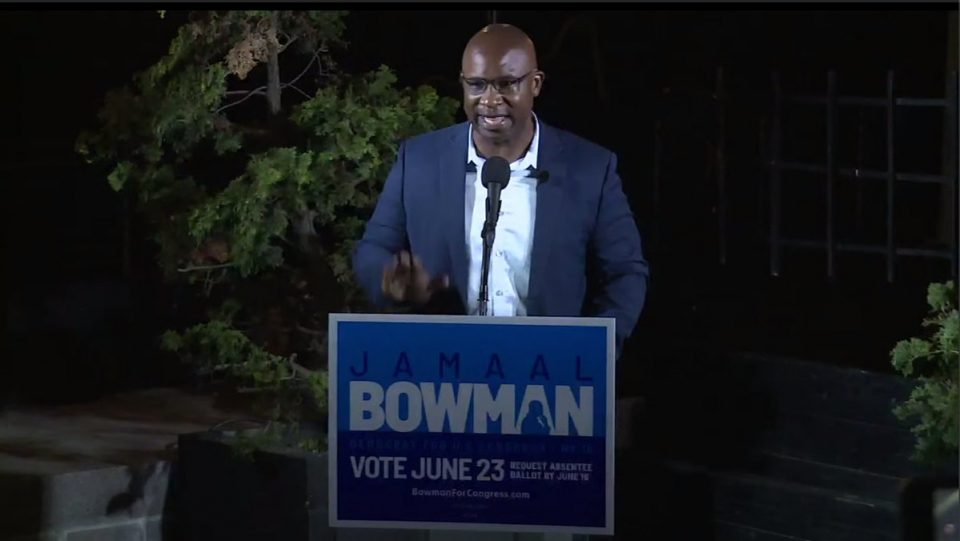 According to Vox, although the Democratic Party supported Engel, Bowman rode a progressive agenda and endorsements from Bernie Sanders, Elizabeth Warren, and New York Public Advocate Jumaane Williams to victory.

Engel chairs the House Foreign Affairs Committee and is a member of the Energy and Commerce Committee. Many previous supporters of Eliot, a member of Congress since 1989, felt he had become out of touch with his district, which includes parts of the Bronx and Westchester County. Less than one-third of the population in the two areas is white.

Engel was also hurt by his own words. In early June Engel was caught on a hot mic at a news conference on civil unrest telling Bronx Borough President Ruben Diaz Jr., “If I didn’t have a primary, I wouldn’t care.” Eliot repeated himself more than once.

Bowman is the founding principal of the Cornerstone Academy for Social Action Middle School in the Bronx. He is heavily involved in education activism in New York and painted Engel as absent and an awkward fit in an area that has changed.

“I’m a Black man who was raised by a single mother in a housing project. That story doesn’t usually end in Congress,” Bowman said in a statement Wednesday morning. “But today, that 11-year old boy who was beaten by police is about to be your next Representative. I cannot wait to get to Washington and cause problems for the people maintaining the status quo.”

While the election isn’t final due to a large number of absentee ballots that need to be counted, according to Decision Desk HQ, Bowman’s lead is too big for Engel to overcome. In such a heavily Democratic district, the primary winner is expected to prevail in the overall election in November.