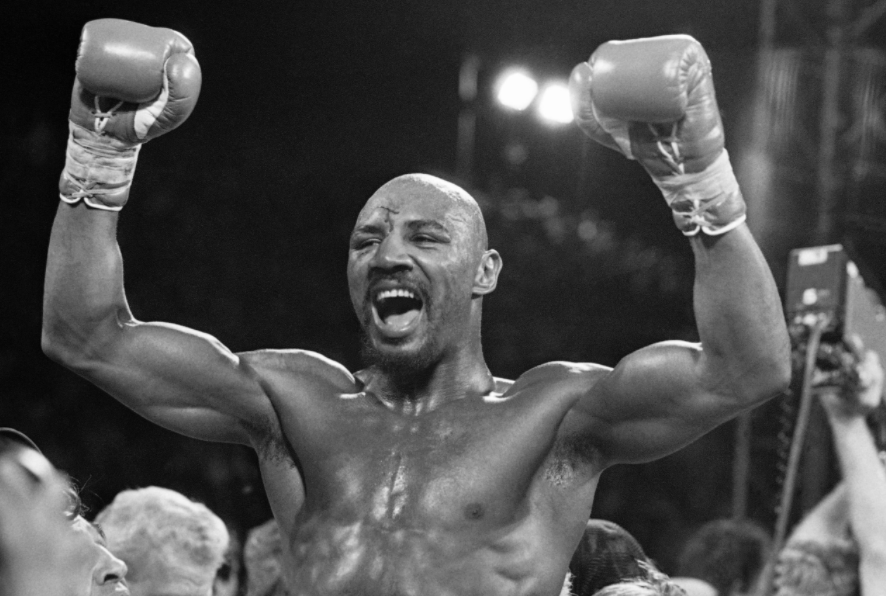 According to the boxing legend’s official Facebook page, his wife Kay made the announcement.

“I am sorry to make a very sad announcement.  Today unfortunately my beloved husband Marvelous Marvin passed away unexpectedly at his home here in New Hampshire. Our family requests that you respect our privacy during this difficult time.  With love,” she wrote.

I am sorry to make a very sad announcement.  Today unfortunately my beloved husband Marvelous Marvin passed away…

No cause of death is known at this time.

The boxing community was understandably saddened by the news of his passing.

Very sad day for boxing we’ve lost one of the best to ever lace a pair of gloves #MarvinHagler #RIP #TheMarvelousOne 🥊🙏🏻 pic.twitter.com/4oMWiXNK7B

He was a no frills solid man, who brought a lunch pale filled with power, guts, pride, will, talent and character. And he fought everyone, anytime, anywhere. And he was great. He was Marvin Hagler. R. I. P. Champ. #marvinhagler

One of the greatest to ever play this crazy game called boxing.
RIP Marvin Hagler #MarvinHagler pic.twitter.com/cz0zMYeZra

Omg. Too soon! Farewell to a friend and legend. Marvin was a giant, a warrior, a king, and man’s man. He had such great energy. This one is a kick in the gut. #Boxing has lost part of its heart and soul. Rest In Peace and Power, mio paesano. #MarvinHagler

The boxing great’s illustrious career began in 1973 and spanned 14 years. Hagler’s record was so impeccable that he changed his legal name to Marvelous Marvin Hagler in 1982.

Out of his 62 career victories, 52 were knockouts. In 1993, the middleweight brawler was inducted into the International Boxing Hall of Fame.